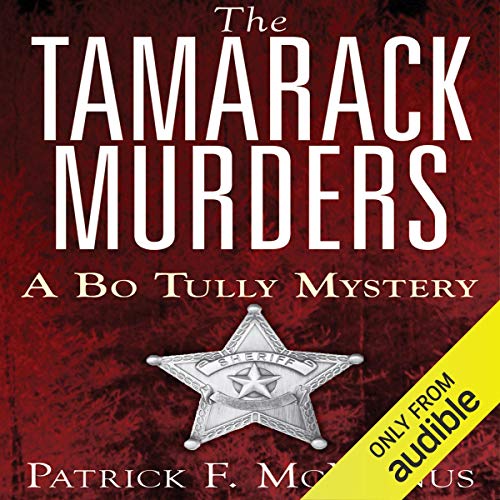 Bo Tully, the renowned sheriff of Blight County, Idaho, has seen his share of small-town crime. And, he always gets his man, whether by the book or otherwise. Fact is, everyone in the area knows Tully, and his unique 'Blight Way' of doing things.

When Tully and his deputy hike deep into the woods, tracking a suspected bank robber, little do they realize that they are about to witness a murder. Soon, the murder leads the Sheriff on a convoluted adventure, with a series of twists and turns, each demanding his utmost attention and keenest crime-solving abilities.

Along the way, Tully has to deal with the likes of a shadowy local named Gridley Shanks; two out-of-town elk hunters who don’t know much about elk hunting; an elderly couple who end up dead while caring for a rundown mansion; a sassy assistant named Daisy; and an attractive, tough FBI agent named Angie, who suddenly finds herself involved in her first murder investigation. There’s also the case of missing loot, which no one can find, at least not until Tully puts his mind to it. Will Tully get his man (or men) this time? Does the 'Blight Way' ever fail? Listen to another enticing mystery, turned misadventure, by New York Times bestselling author, Patrick F. McManus, to find out!

What listeners say about The Tamarack Murders

These shorter books are a great listen and worth a laugh or two. McManus has a knack for one liners that are really pretty clever and funny. As the series progresses, the reader learns to like the characters more and more. I was a little concerned that the latest narrator was different, but he got the job done and seemed to get in the spirit of things. This mystery is a little different than the others - simpler. If you're looking for a Nobel prize winner, you need to look somewhere else. If you're looking for a lighthearted mystery with some funny characters, then you've come to the right place.

Bo Is Back Again

Would you listen to The Tamarack Murders again? Why?

Probably not. It was fine, but not a stand-out listen.

Most interesting: The puzzle of the crime had quite a few twists and turns. Least interesting: The final reveal at the end which provided information that the reader was not given to work with which acts as a lynch pin to the story.

The performance was a bit flatter than previous books by this author. This narrator was less theatrical about the character voices and it diminished the listen, in my opinion.

yes, it was short and interesting enough that I did listen to it - mostly - in one sitting.

I have to say that this is probably the weakest in the series so far. The story was average, the narration average. I would recommend it only to Bo Tully or Patrick McManus fans. This would not be a good way to hook someone in on the series.

Convoluted sometimes incoherent blabbering. Little of mystery or whatever. Do not waste time listening to it.

First let me say that I ADORE this series, it is witty and smart with lovable, hilarious characters. Which is why it is that much worse that they've replaced the previous not one, not two, but THREE, very exceptional narrators with one that does no justice to the LAST 2 books in the series. This series has had three narrators: book one had a gentleman that did a wonderful job breathing life into the characters. He was followed by another stellar narrator that captured the wit, charm and soul of books 2 & 3. This lovely narrator was then replaced with what would be the last decent narrator of the series for the reading of book 4.
I HATE it when characters you know and love are suddenly replaced with new voices, like we wouldn't notice! This isn't "DOCTOR WHO" so replacing voices of beloved characters, especially with a crappie one, DOESN'T WORK! While I hate to have any exceptional narrator replaced, at least the second & third narrators ended up being as great as the first. That is NOT THE CASE with the narrator of books 5 & 6!
Audible would be doing this series a great service if it would re-record the final 2 books using a narrator that is up to the task of capturing the joy and souls of the books! What SHOULD have been an easy 4-5 star 🌟 book is now a 3. And that leaves me very SAD 😔. Audible, you OWE us fans a "redo" of the final two books in this series!!! It's really the least you can do for us.....

Love all the Bo Tully books!

All of the Bo Tully books are excellent stand alone stories, but do have some links to the other books. I recommend listening to them in order. This is Book #5. The narration was good, just not quite as good as Charles Leggett in "The Blight Way" or Tom Stechschulte in "The Huckleberry Murders". Peter Coleman does great at all the male voices. The females....not so much. They all have the same slightly annoying voice, and not what I got used to with the other 2 narrators. Overall, still I enjoyed every minute and I highly recommend!