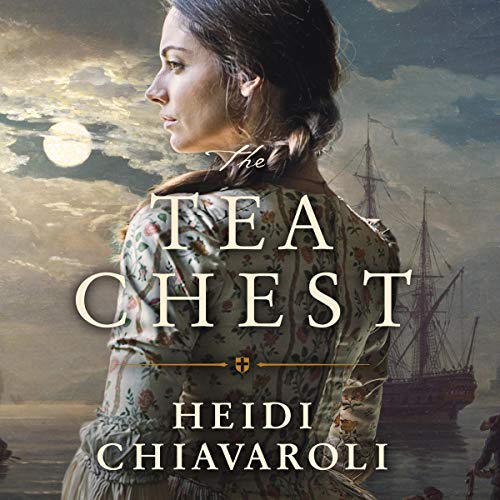 Emma Malcolm’s father is staunchly loyal to the crown, but Emma’s heart belongs to Noah Winslow, a lowly printer’s assistant and patriot. But her father has promised her hand to Samuel Clarke, a rapacious and sadistic man. As his fiancée, she would have to give up Noah and the friends who have become like family to her - as well as the beliefs she has come to embrace.

After Emma is drawn into the treasonous Boston Tea Party, Samuel blackmails her with evidence that condemns each participant, including Noah. Emma realizes she must do whatever it takes to protect those she loves, even if it means giving up the life she desires to become Samuel’s wife.

Lieutenant Hayley Ashworth is determined to be the first woman inducted into the elite Navy SEALs. But before her dream can be realized, she must return to Boston in order to put the abuse and neglect of her childhood behind her. When an unexpected encounter with the man she once loved leads to the discovery of a tea chest and the document hidden within, she wonders if perhaps true strength and freedom are buried deeper than she first realized.

What listeners say about The Tea Chest

loved it. love the history of the book. Emma and Hailey's stories were so interesting and drew you in. I was so sad to have it end.

I really liked the story overall, and I want to lead with that. I devoured the book in a matter of just a few days. I thought the transitions between time periods were well done. The narration was well done too.

So what’s the problem?

Here’s the thing: toward the end, the story gets a little...eh, preachy? Talking about god and religion during a book set in the 18th century makes perfect sense because the US was founded on Puritan beliefs. So trusting in god, praying, serving god and country, etc. totally legit. But toward the end of the novel, all the characters (including present day), went from NO talk of god or religion, going to church, personal beliefs, etc. to being fairly centered around religion. It was off-putting for me because the character shift (mostly the present day characters) went from one extreme (no religion) to the other in a short period. Because of that, it seemed forced and like the author was trying to send a message to the listener/reader and like the author didn’t realize until the end that it hadn’t come through.

I still recommend the book absolutely, but if you’re a hardcore atheist or really anti-organized religion, this might make you roll your eyes or leave feeling disappointed since the shift comes at the end, and that’s what the readers are left with.

Enticing time-slip novel that pulls you back and forth between historical Boston Tea Party and present day U.S. Navy characters. Having an audible version of this alluring book is a great option for those busy readers! Highly recommend adding this to your cart!