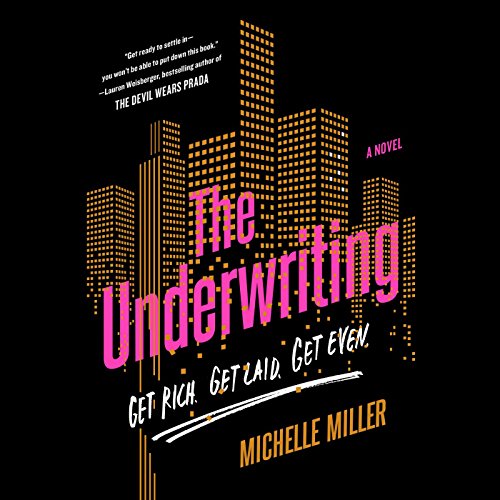 A suspenseful, racy, and achingly honest story of the entangled lives of six young women and men as they take Silicon Valley’s hottest dating app public.

Tara Taylor runs six miles every morning, never eats after 09:00 p.m., is the first to arrive and last to leave the office, but is starting to wonder why she bothers. When her old Stanford flame, Todd Kent, asks her to join his four-person team handling Hook’s IPO, the deal of the decade, she sees her opportunity to break through the glass ceiling and justify six boyfriendless years of sacrifices for her career. And the $14 billion dating app might have more in store for her than a bigger bonus. But that kind of money changes people. When the deal is thrown into a tailspin, Tara and five others will each find out just what they’re willing to give up - love, family, integrity - to get to the top.

**A Huffington Post, New York Post and Metro Summer Reading Pick**
"Michelle Miller is a master at pacing - this tour de force gathers speed as it heats up. Adrenaline junkies, take note: You’re in for a wild ride." (Glamour)

“A digital-age Edith Wharton...hilarious, exhilarating, and so, so clever.” (Kevin Kwan, author of Crazy Rich Asians)

"You’d think it would be hard to write a rip-roaring novel that actually elicited our sympathy towards investment bankers - but Michelle Miller has managed it. Miller not only gets the reader to care about [their] anxieties and secret desires...she also spins an exciting piece of intrigue." (The Guardian, US)

What listeners say about The Underwriting

I was engaged from the very beginning, the story flows as we tag along on a journey to take the popular app Hook public. The characters are fleshed out and quite despicable, and there's a few twists I won't reveal. My only issue with the Audible version is it actually had a moment of censorship, there were beeps during a particularly racy scene and any mention of the correct version of the female anatomy. Seriously??? While this didn't take away from my enjoyment of the book, I was a bit perturbed by the juvenile beeps and non-disclosure from Audible, although they may have rectified it by now. Still, by this book! It's just fun!

I was expecting a lot more from the story and how it ended left me at ends. who did it? what becomes of Tars? What does Juan decide to do? does the RA get charged? what happened to Hook? why didn't you finish the story?

Good story. Primed for a sequel

Like another reviewer said, power through the various points of view. Its an intriguing story that doesn't disappoint! The ending leaves many questions hanging in the air. Wonder if there will be a sequel?

Try to power through the many points of views!

Would you try another book from Michelle Miller and/or the narrators?

I like Tara because of her emotional arc. She's wise for 29.

Different narrators actually helps guide the reader through the landmine of many, many different perspectives.

Did The Underwriting inspire you to do anything?

Not work on Wall Street

The story is written is multiple points of view (There's Todd, Tara, Juan, Nick, Christopher, Amanda, and the girl who is murdered). It's maddening at first, but try to power through. If you do, you won't be disappointed.