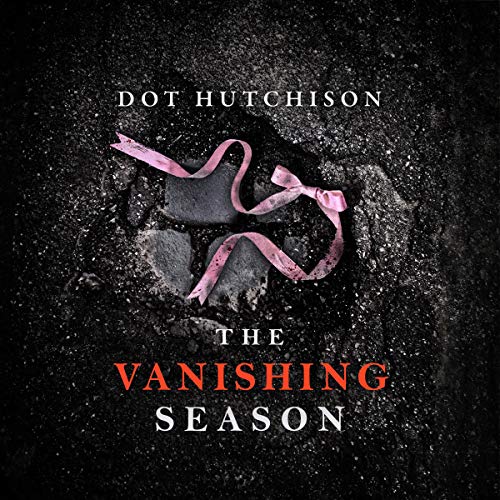 Written by: Dot Hutchison
Narrated by: Will Damron,Jesse Vilinsky
Try for $0.00

A recent abduction becomes an unexpected link to a decades-long spree of unspeakable crimes.

Eight-year-old Brooklyn Mercer has gone missing. And as accustomed as FBI agents Eliza Sterling and Brandon Eddison are to such harrowing cases, this one has struck a nerve. It marks the anniversary of the disappearance of Eddison’s own little sister. Disturbing, too, is the girl’s resemblance to Eliza - so uncanny they could be mother and daughter.

With Eddison’s unsettled past rising again with rage and pain, Eliza is determined to solve this case at any cost. But the closer she looks, the more reluctant she is to divulge to her increasingly shaken partner what she finds. Brooklyn isn’t the only girl of her exact description to go missing. She’s just the latest in a frightening pattern going back decades in cities throughout the entire country.

In a race against time, Eliza’s determined to bring Brooklyn home and somehow find the link to the cold case that has haunted Eddison - and the entire Crimes Against Children team - since its inception.

What listeners say about The Vanishing Season

I love this series! I have ever since I read about the butterflies. But sometimes I want to remind the author that not all of us are multilingual. I know a bit of Spanish, but when they go off into conversations it’s very frustrating and makes me wonder what I’m missing.

What an amazing journey this series has been

I absolutely loved this book. I cried and I laughed. These characters have become like family and good friends. I just can not say enough about how much this book touched my soul.

I selected this audiobook because it was advertised as a mystery and the exceptional Will Damron was listed as the primary narrator (his name being listed first). But after struggling to listen to the very end of the story, I felt swindled; this is not a mystery, and Damron's role is extremely limited (perhaps 15% of the narration). The story begins okay within the mystery genre but quickly sinks into hours of totally non-mystery-related dialogue and monotonous juvenile and unprofessional interactions among the FBI agents assigned to the case (including the preachy agent Eliza Sterling, adequately narrated by Jesse Vilinsky), all of which is totally unnecessary and eventually becomes rather irritating. The male FBI character Brandon Eddison (Damron's role) is unlikeable, with extreme anger and guilt issues that need urgent psychological intervention. This audiobook is a definite "no, Dude".

I really hated the top reviews for this book. They made me think there was going to be a lot of Spanish, which I don't speak any, but there isn't. yes every once in a while a character will say a Spanish saying or something , but it's to make the book more Authentic. We aren't missing any important dialog and you can tell that. Obviously the people that write those reviews have never been around bilingual person. They randomly say things in Spanish during conversations, so in the book it makes it more real since the characters are part Latino.
Another reviewer said there were too many gay characters, obviously they are bias because there is one gay couple in the whole series!! I wish we could comment on people's false reviews.
Anyways this book was great and a perfect way to end the story. I'm so glad the team found some closure. (don't want to give spoilers)

need to learn spanish to get it

great story great ending to a crime series if they make movies about this i really hope it goes more the bone collector like rather than the girl on the train route . my only trouble with this book is that you need to be bilingual to listen to IT. im from Chile so my native language is spanish so I had no trouble and my second language is english but I get why people are against this audiobook.

This review is for The Collector, the series

This book is the end of an outstanding series. Each of the member of the FBI task force has their moment of fame throughout the series and not one of the books ever disappoint. Although a different type of happy ending, bringing closure to the different cases the group has, it's a plus. Each of the narrators did spectacularly well. Making appropriate inflections to the situation the characters are, as well as making it possible to identify when a different character was in play.
Dot Hutchison did a fantastic job in creating a series of stories that, although interconnected, have a life on their own. I strongly recommend the entire series, but do have to say, book 1 and 4 were my absolute favorites. Excellent books!

I loved the butterfly garden and the sequel to that wasn’t as good but manageable. This one it’s painful to get through. The storyline isn’t good and feels rushed. It’s all over the place and too long. I wanted to enjoy the last of the trilogy but each book has a decline in storyline and plot for me.

Not as good as the first couple in series

The first couple of books were less about the romance and more about the creepiness of the crimes. This one seemed to have gotten even softer than the last. The narration was a little annoying with the voicing of the little children but I understand why it is done, but still a bit annoying.

book 4 broke me. I cried so much for bran and eliza. I related to eliza and family abuse and coming to terms and bran when thinking bout finding out a loved 1 is gone forever. grief is a strange thing. at 1st I was unsure of this book because I was worried bout how he was depicted and the violent side they never showed til now but it was definitely very relatable

I hope this isn't the end!

I have been following this group since the Butterfly Garden and I hope that this isn't the end of their story. I am happy that there was an ending that tied everything together but please one more! Now about the book. This was an amazing story I loved how it just wasn't about the crime but also included the background story of Eddison and Sterling.