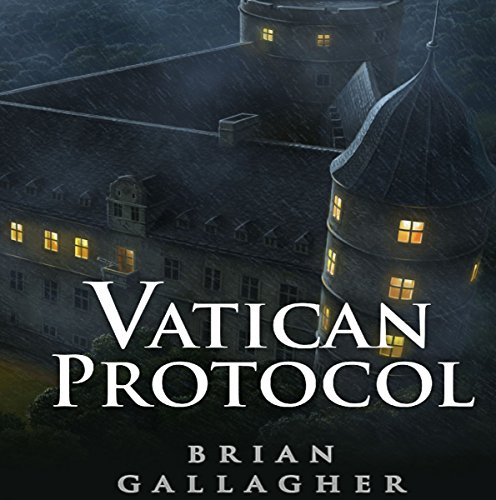 Written by: Brian Gallagher
Narrated by: Morley Shulman
Try for $0.00

Struggling writer and nearly bankrupt Sean O'Shea is searching for the blockbuster story from which he can create a best seller. The goal is to regain his financial independence and self-esteem. When he learns of a horrific 1936 UFO crash in Germany's Black Forest, he chases the story to its origin. The discovery of insidious Nazi involvement peaks his interest and when he unearths secret assassinations of previous investigators, he is hooked. As his probe continues, witnesses are murdered and he becomes the target of deadly agents sent by the most powerful man in the Vatican. The cover-up is greater than he ever imagined. When he discovers that UFOs, Nazis, Wewelsburg Castle and the Vatican are connected, he has the killer story he envisioned, though it just may kill him to get it published.

What listeners say about The Vatican Protocol

Would you listen to The Vatican Protocol again? Why?

There were many twists and turns.

I read a bad review and felt compelled to write my positive review. The reviewer stated the reader didn't know how to pronounce Cabernet wine and instead called it cabinet. For her information she should probably brush up on her wines. The wine spoken about in the book is not a Cabernet, instead it is a white wine called a Kabinett. It is common to the area of Germany where the plot evolves. Thank you.

do not bother. this was the worst performance and the worst written book I have ever read. a reader who does not know how to pronounce the wine cabernet and says it as cabinet is one example