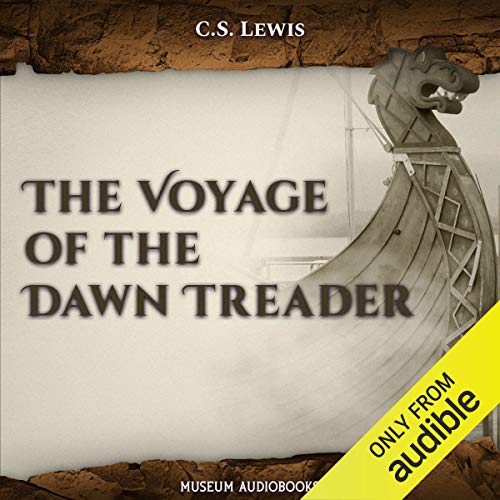 The Voyage of the Dawn Treader

In The Voyage of the Dawn Treader, Edmund and Lucy Pevensie, the younger two of the four English children featured in the first two Narnia books, return to the kingdom. The ship The Dawn Treader was built by King Caspian for a voyage to find the seven lords banished by his evil Uncle Miraz when he usurped the throne. The journey takes Edmund, Lucy, and their cousin Eustace to the Eastern Islands beyond the Silver Sea, en route to Aslan's country at the End of the World. Each island they visit has its own story so the narrative almost reads like a series.

What listeners say about The Voyage of the Dawn Treader