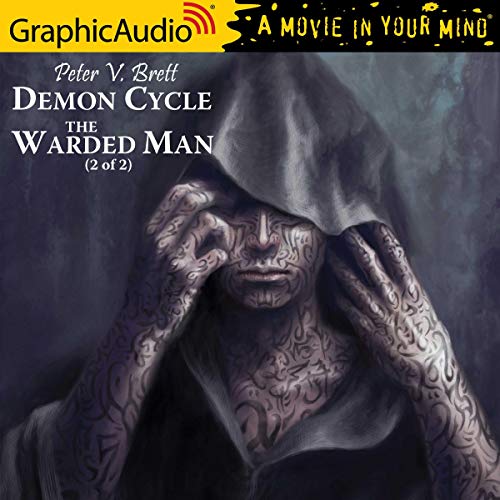 The Warded Man (2 of 2) [Dramatized Adaptation]

Mankind has ceded the night to the corelings, demons that rise up out of the ground each day at dusk, killing and destroying at will until dawn, when the sun banishes them back to the Core. As darkness falls, the world’s few surviving humans hide behind magical wards, praying the magic can see them through another night. As years pass, the distances between each tiny village seem longer and longer. It seems nothing can harm the corelings, or bring humanity back together.

Born into these isolated hamlets are three children. A Messenger teaches young Arlen that fear, more than the demons, has crippled humanity. Leesha finds her perfect life destroyed by a simple lie and is reduced to gathering herbs for an old woman more fearsome than the demons at night. And Rojer’s life is changed forever when a traveling minstrel comes to his town and plays his fiddle.

But these three children all have something in common. They are all stubborn and know that there is more to the world than what they’ve been told, if only they can risk leaving their safe wards to find it.

read this book when first came out, fits what was in my head just perfectly