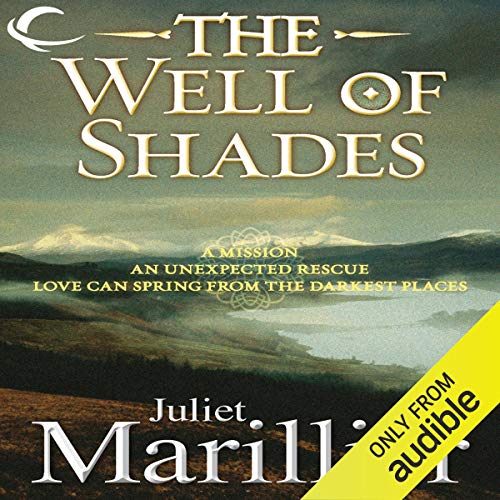 The Well of Shades

Written by: Juliet Marillier
Narrated by: Michael Page
Try for $0.00

Juliet Marillier continues the epic fantasy begun with The Dark Mirror, which Interzone called: "A fascinating evocation of life in Pictish England and an emotional roller coaster of a story." King Bridei is a man with a mission. His wish to unite his kingdom seems almost within his grasp but there are forces working to undo his dream. He sends Faolan, his most trusted advisor (who is also a master assassin and spymaster) out into the world to ferret out the truth of who is friend and who is foe. Along the way Faolan will uncover many truths. Some may hold the key to Bridei's future. But more important, they may unlock the secrets that Faolan has held deep within his soul for decades. And offer him the chance of redemption.

What listeners say about The Well of Shades

Book 3 of Trilogy the best of all

The third book of this trilogy is an enjoyable, fantastic experience. It's a book that envelopes the listener into the story. The second book was good too. But I fear that some people won't get to either book 2 and 3 due to book 1, which was just okay.

Because there is a lot of "review" of previous back story written into books 2 and 3, a reader that isn't obsessed with reading the complete trilogy might do better just to skip book 1.

Strangely, with other author's trilogies, usually the first book is really good and the others will not be as interesting, but with this series, the writing got tighter, the plot more intricate, and the characters and story line deeper and more complex. It's a great story.

A bit of an "ick" factor for me about 2/3rds of the way into the storyline with the choice of the character Ella, and I started to wonder if this series was being written by a man . . .

I still wish there was a little bit more fine tuning in the description of the environment, physical character appearances or changes, and use of sensory descriptions to make the listener (reader) feel the story, but books 2 and 3 did improve on that in comparison to book 1.

A new all time favorite!

This trilogy has turned out to be one of my all time favorite tales ever told. Each book was better than the last and the ending could not have been more perfect. I fell in love with the characters, felt as if I really knew them, and was brought to tears by their joys and sorrows. What a beautiful journey these books take you on! I will be listening to them again and again over the years.

The narrator did an ok job with this book but his male voices for the younger men made them sound 50 or 60 years old.

Best of the series.

I enjoyed all three of the books but think that this was definitely the best one.
As in the case of the seven waters series I am very sad to see this one come to an end.
Wish there were more.

a good story of the rewards and trials of keeping faith, of love. This the third and final book of the series, end wells. Overall a very good and entertaining read. would recommend the whole trilogy.

Best of the series

I was enthralled throughout. My heart broke and was mended and was melted through the different relationships in The Well of Shades. This book is by far the best of the Bridei Chronicles and I wish there was more to look forward to. Highly recommended!

A wonderful end to the series

She does it again! Another great series done and I LOVES all the the research and explanation.

Wash there was a 4th in this series!

Wonderful historical fantasy. Main characters are so nicely developed that it’s a pleasure to hear and leaves me wanting to learn more about the culture and more about the fictional characters!

This is the loveliest story I have ever heard. I couldn’t love a book more.

I've grown to enjoy well over a dozen of Marillier's books and have enjoyed each one. This one is no different in that regard. I always find mixed feelings at the end of her series, since I enjoy them and always wish there were more to continue. This author has the ability to draw you in to the story and become vested in it's characters.

In regard to the performance, my only small criticism is the voice of Ella didn't seem to match her age in my mind, though the other female characters were much better. Other than that, I have nothing I'd point out and it doesn't take away from my overall enjoyment of the performance. The male voices were well done and distinct., which I did enjoy.

Overall, I'd recommend this entire series, as I have with numerous by Marillier. They are well worth your time.