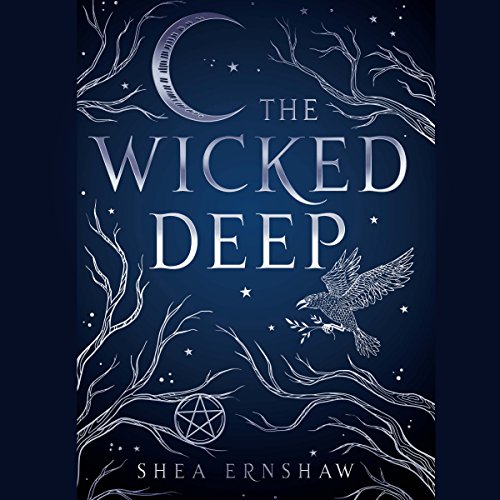 Written by: Shea Ernshaw
Narrated by: Casey Turner
Try for $0.00

Hocus Pocus and Practical Magic meets the Salem witch trials in this haunting story about three sisters on a quest for revenge - and how love may be the only thing powerful enough to stop them.

Welcome to the cursed town of Sparrow...where, two centuries ago, three sisters were sentenced to death for witchery. Stones were tied to their ankles, and they were drowned in the deep waters surrounding the town.

Now, for a brief time each summer, the sisters return, stealing the bodies of three weak-hearted girls so that they may seek their revenge, luring boys into the harbor and pulling them under.

Like many locals, 17-year-old Penny Talbot has accepted the fate of the town. But this year, on the eve of the sisters' return, a boy named Bo Carter arrives, unaware of the danger he has just stumbled into.

Mistrust and lies spread quickly through the salty, rain-soaked streets. The townspeople turn against one another. Penny and Bo suspect each other of hiding secrets. And death comes swiftly to those who cannot resist the call of the sisters.

But only Penny sees what others cannot. And she will be forced to choose: save Bo or save herself.

What listeners say about The Wicked Deep

I enjoyed this one, and I’m looking forward to the show! Great reading by Casey!

Man, I was diggin this up until the last few chapters. I was rooting for Penny and Beau and then, just like that, I was not.

I mean, obvs she doesn't realize cause she can't remember everything....but he does! How are you just gonna stay with someone, allow them to love you, while your heart beats for someone else?!

Otherwise a well written story. I have started 2 audiobooks in the last 3 weeks nd couldn't finish them. This one was captivating enuf to keep me listening. A+ My only complaint was the narrator sounding all breathy with every word.

I really enjoyed this book and it constantly had be guessing. I loved how the chapters would finish with a small bit of info into the past just to give you a bit more of story, bit by bit.
I had so many questions during this book and it all came together into the end. Kept me listening. Kept me wanting more information. Loved it!!!

can't keep my attention. I tried to like it.

It was good at putting me to sleep.

Has The Wicked Deep turned you off from other books in this genre?

Would you be willing to try another one of Casey Turner’s performances?

Did The Wicked Deep inspire you to do anything?

Reader was just soft and mellow so she didn't make the story very exciting.

This is the perfect, witchy fall read! I do agree that the ending felt rather rushed, but other than that, lovely narrator and very engaging story. Definitely would recommend!!

The story was good but the narrator had this monotone voice.I found myself falling asleep a couple of times.

I love the story and the performance. Casey Turner gives perfect voice to Penny. The story is intriguing and poignant. I have listened to it multiple times, and highly recommend it.

the story is fun. I like a good witchy fantasy but the narrator. mmmmm
there are some narrators you have to listen to at night. and she is one of them. her buttery voice keeps me captivated in the story long enough to start imaging it in dreamlike and then I fall to sleep, everytime. for someone with insomnia this is a godsend. I know ill get through the book slowly but that's ok for me. I've had some softer narrators be monotone and I can't follow but I don't feel this from her. instead its buttery and draws me in but soft and lulls me to sleep. like a magical whisper. mmmmm

I haven’t enjoyed a book this much in ages. I could smell the salt air, feel the misty Pacific Northwest rain, and experience the pain throughout this book. The descriptions are full of longing and love. The narration is exceptional. Definitely recommend.

Great book wasn’t ready for the twist. Def worth a listen. It put a spell on me.

Never b4 rated all 15 stars! Until today!

Idk what ppl are talking about... I loved the narration and the story. I think she did a great job narrating. The story was just great. I didn't think it was predictable at all. Characters were young and at 40, I usually can't stand the way the younger characters talk and act, but these were refreshingly mature. I think for the first time in a long time I will continue reading from this author AND something I've never done b4, I will keep a lookout for this narrator.

I love the way Ernshaw writes and the way Turner reads. It’s like listening to beautifully written poetry that is spoken in a soothing voice.

The Wicked Deep is definitely my favorite book by Ernshaw so far and I can’t wait to see what she writes next!