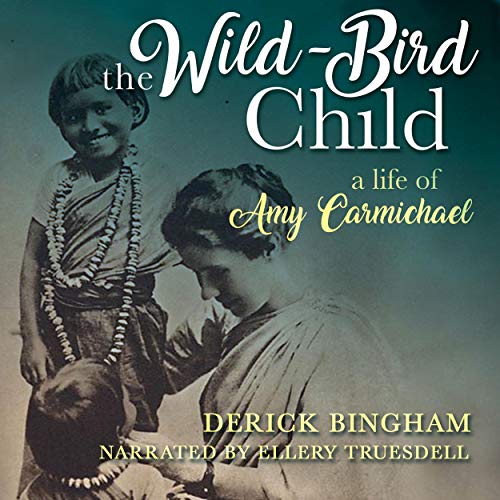 The Wild-Bird Child: A Life of Amy Carmichael

She has become a legend.

Brilliant, personable, and passionate, she is arguably the most gifted of all Irish woman writers of Christian literature.

During the time of the Raj in India, Amy Carmichael discovered a custom of the time in which children were "married to gods" and so introduced to a life of prostitution. With a mixture of courage and heartbreak, she began to uncover the facts, sometimes under disguise, for the government. After independence, the Indian government courageously prohibited the practice by law. Against difficult circumstances, Amy and her colleagues provided a safe home for these children against awesomely difficult circumstances at Dohnavur in South India.

Until her death in 1951, she devoted 50 years of her life to rescuing babies and children from dangerous backgrounds in India.

Amy, a Christian missionary, social reformer, and writer of 35 books, once described herself as a "Wild-bird child and in no wise tame": Her life proved her observation to be hauntingly accurate. Millions of people have been influenced by her life and writing.

For this biography, the first by anyone from her home County, Derick Bingham carefully researched Amy Carmichael’s original letters now placed by the Dohnavur Fellowship and Miss Margaret Wilkinson in the Northern Ireland Public Records Office.

As Bingham tried to uncover the heart and conscience of this extraordinarily self-effacing legend, he is on record as saying that it proved to be one of the greatest spiritual experiences of his life, and in this biography, listeners will find spiritual gold.

What listeners say about The Wild-Bird Child: A Life of Amy Carmichael