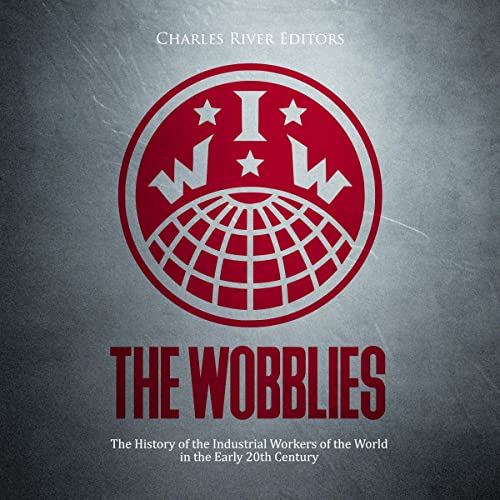 “We are here to confederate the workers of this country into a working class movement that shall have for its purpose the emancipation of the working class from the slave bondage of capitalism. There is no organization, or there seems to be no labor organization, that has for its purpose the same object as that for which you are called together to-day. The aims and objects of this organization should be to put the working class in possession of the economic power, the means of life, in control of the machinery of production and distribution, without regard to capitalist masters.” (Big Bill Haywood)

History is full of tales of men who were in the right place at the right time and thereby rose to greatness, but rarely is the story told of a man who was in the right place at the wrong time. The life of Eugene V. Debs is such a tale. Debs was born in Middle America just before the outbreak of the Civil War, and had he been born a century later, or in a large city on one of the coasts, his story might have been much different. As he grew, he had the restlessness that often indicates greatness, but he lacked the crisis that might have allowed him to hone and use his leadership skills. He saw the needs of those less fortunate around him, and at first, like so many others, he thought that he could work within the system to correct them. However, when he ultimately concluded that he could best serve others through firebrand speeches and increasingly controversial actions, he was unable to convince enough people to follow him to make the massive changes he desired. Instead, he found himself thwarted time and again by those with more power and more established views.

Ultimately, Debs was able to give to the nation a new understanding of the values and power of industrial workers. After finishing with three percent of the presidential vote in 1904, Debs helped organize one of the world’s most notorious unions over the coming year. Debs and a number of other prominent labor activists and socialists in Chicago decided to hold a national conference in June 1905, and they extended invitations to socialists and many of the more radical unions. About 200 activists assembled for the 1905 meeting. Many of the attendees were from the Western Federation of Miners, which had been extremely active in organizing unions and strikes throughout the West, including Big Bill Haywood. A number of notable activists attended, including the famous Mother Jones, as well as Lucy Parsons, an activist since her husband was hanged for his part in the Haymarket Affair in Chicago. The result was the formation of the Industrial Workers of the World, a union better known by the acronym IWW.

The IWW’s members have been known for more than a century as the Wobblies, and no one knows how they got the name, although there are stories that an immigrant had trouble pronouncing the letters. That would be appropriate, because the Wobblies went out of their way to unionize immigrants, who formed a sizable percentage of the American labor force in the years the IWW was influential. The Wobblies quickly became a considerable force in American labor, and by far the most colorful union of its era, if not always particularly effective.

The Wobblies are still around, but the years of their real effectiveness were rather brief, lasting from about 1905-1919. This work tells the story of how they came about, the peak of their influence, and the lasting legacy they forged.

What listeners say about The Wobblies