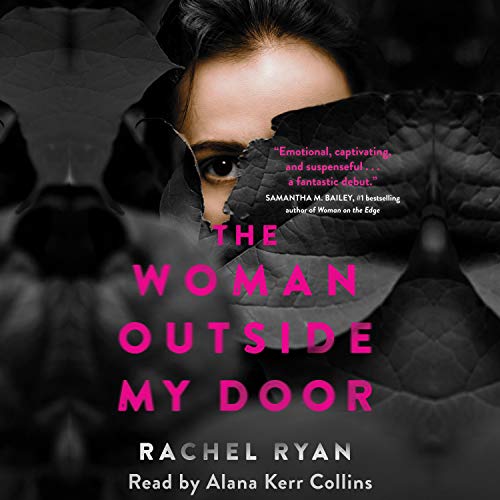 The Woman Outside My Door

An unforgettable new voice in suspense fiction, Rachel Ryan weaves a thrilling pause-resister about a young mother who can’t shake the feeling that her son’s “imaginary” friend is putting him in danger and who will stop at nothing to keep him safe - perfect for fans of Lisa Jewell and Mary Kubica.

How far would you go to protect your family?

All children have imaginary friends, Georgina tells herself. It’s perfectly normal, and they all grow out of it in the end. But when seven-year-old Cody tells his mother about “New Granny,” the new friend he’s met in the park, Georgina is instantly suspicious. Something - call it maternal instinct - tells her he isn’t making it up.

But maybe Georgina is losing her mind. It wouldn’t be the first time, after all. And with her own mother’s recent death leaving her bereft and trying to cope with life as a busy working mom, it’s no wonder she’s feeling paranoid that Cody has invented a “New Granny” to replace his beloved grandmother.

Her husband, Bren, becomes the voice of reason, assuring Georgina that it’s just a game, the product of their son’s overactive imagination. But what if Cody’s imaginary friend is not so imaginary after all?

What listeners say about The Woman Outside My Door

What a suspenseful book