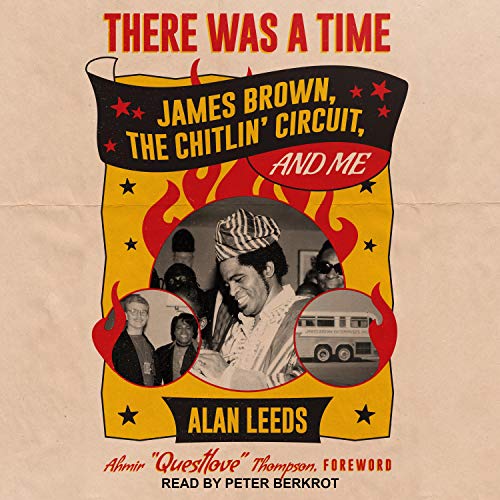 There Was a Time

A behind-the-scenes look at the Chitlin' Circuit during America's most vital period of soul music - from the eyes and ears of a young Jewish kid from Queens who joined the team of the hardest working man in show business and learned the art of the music business at the hand of the performer who mastered it.

In the mid-'60s, Alan Leeds was a young DJ looking for his way into the music business. An interview with James Brown to promote a local show in Virginia led to an opportunity to promote one of Brown's concerts, which then led to Brown hiring him to help run his tours. Soon Leeds was wearing many hats and traveling around the country as Brown battled a complicated web of local promoters and managers, all too willing to try to rip him off.

In this riveting book - part memoir, part history - Leeds weaves a wholly new and remarkable portrait of Brown as an idiosyncratic iconoclast, determined artist, and forceful businessman. It is a rare look into a world little known to White America immediately following the Civil Rights Movement. Leeds discovers that Brown is a fascinatingly complex man, and their experiences, both business and personal, range from emotional to humorous. All the while, they navigate the complicated world of popular Black music in America, told by someone who actually lived it.

What listeners say about There Was a Time

A great first person account of someone who personally witnessed James Brown’s history. The audiobook was awesome!

This is officially the best audiobook that I’ve listen to! Alan is a master storyteller, and this audiobook is a must purchase, you won’t be disappointed!

Would have been perfect if not for the mispronounced name of a prominent band member.

The best thing about this book, to me, is that Alan never tries to paint James with his own brush. It seems like a straightforward account of the Godfather that centers all the other myths, exaggerations and disparities that surround Browns legacy. Of equal note is that, while few are as qualified to include themselves in books they write about others, Alan Leads takes a backseat in his own story. Great book and the stories about James Browns phobia of bad teeth are hilarious!

Thank you for the incredible journey. This was written and deliver so well. I highly recommend it for any music lover.