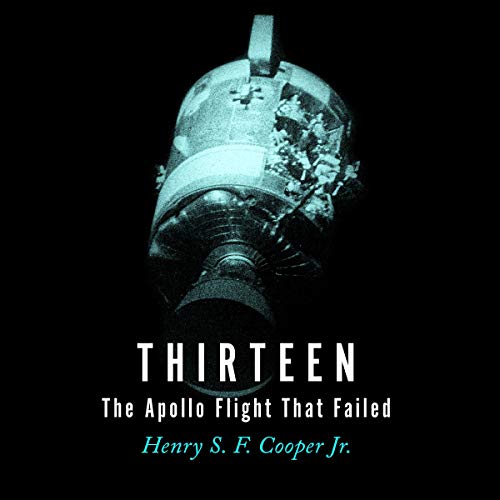 On the evening of April 13, 1970, the three astronauts aboard Apollo 13 were just hours from the third lunar landing in history. But as they soared through space, 200,000 miles from Earth, an explosion badly damaged their spacecraft. With compromised engines and failing life-support systems, the crew was in incomparably grave danger. Faced with below-freezing temperatures, a seriously ill crewmember, and a dwindling water supply, a safe return seemed unlikely.

Thirteen is the shocking and miraculous true story of how the astronauts and ground crew guided Apollo 13 back to Earth. Expanding on dispatches written for The New Yorker, Henry S. F. Cooper Jr. brings listeners unparalleled detail on the moment-by-moment developments of one of NASA’s most dramatic missions.

What listeners say about Thirteen

other than consistently saying 'attitude' instead of 'altitude', the narration was great and easily understood.