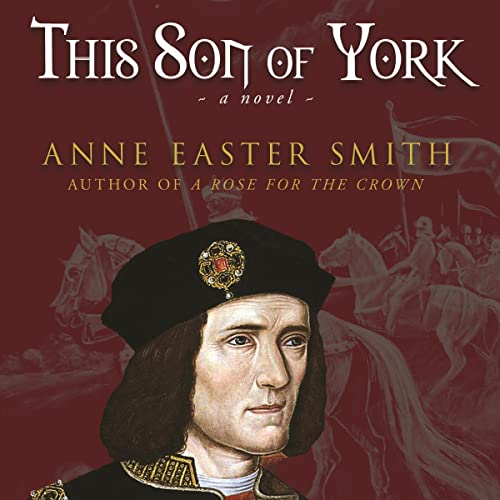 This Son of York

Never has a king created such controversy down the centuries as Richard III, whose remains were recently unearthed under a car park in Leicester. This discovery and subsequent analysis of the skeleton inspired this meticulously researched, yet lovingly crafted, story of Richard’s short life.

Anne Easter Smith has studied this king and his period for several decades and has given us a compelling and real portrait of a three-dimensional man of his time - neither saint nor Shakespeare’s monster. Richard was known as a loyal brother, compassionate king, faithful husband, and courageous warrior, all the while hiding his cruel scoliosis. This Son of York’s themes are about duty and loyalty, but they also incorporate love, passion, tragic loss and a king’s caring for the common man.

What listeners say about This Son of York

It was confusing because some chapters were arranged out of order. It made it very confusing. Hopefully Audible will correct this.