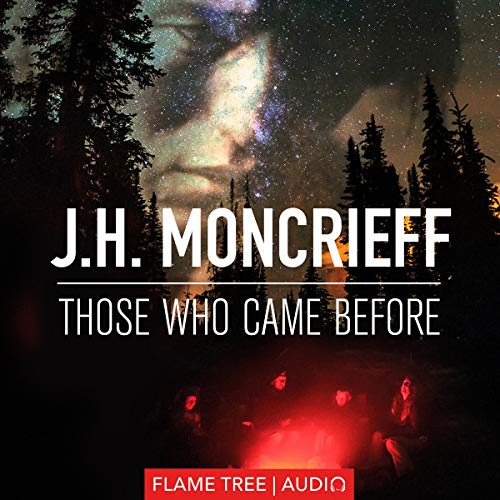 Those Who Came Before

Written by: J.H. Moncrieff
Narrated by: Laurel Lefkow
Try for $0.00

People are dying at Strong Lake, and the worst is yet to come.

An idyllic weekend camping trip is cut short when Reese Wallace's friends are brutally murdered. As the group's only survivor, Reese is the prime suspect, and his story doesn't make much sense. A disembodied voice warning him to leave the campground the night before? A strange, blackened tree that gave him an electric shock when he cut it down for firewood?

Detective Greyeyes isn't having any of it until she hears the voice herself and finds an arrowhead at the crime scene - an arrowhead she can't get rid of. Troubling visions of a doomed Native American tribe who once called the campground home and rumors of cursed land and a mythical beast plague the strangest murder case she's ever been a part of.

Flame Tree Press is the new fiction imprint of Flame Tree Publishing. Launched in 2018, the list brings together brilliant new authors and the more established, the award winners, and exciting, original voices.

"Moncrieff’s novel is a lightning-fast read, which is not a bad thing. She paints a vivid picture of the lost tribe and weaves her story arcs together brilliantly. She also sheds light on Native peoples’ treatment in both past and present, smoothly integrating the issue into the novel. Readers won’t want to put it down." (Booklist)

What listeners say about Those Who Came Before

The basic story is pretty good, however, the narrator doesn't do this book justice. Her voice is pleasant enough, however, she uses no tone changes or inflections to differentiate between male and female characters. For the first part of the story I thought the main character, Reese, was a woman and not a man!