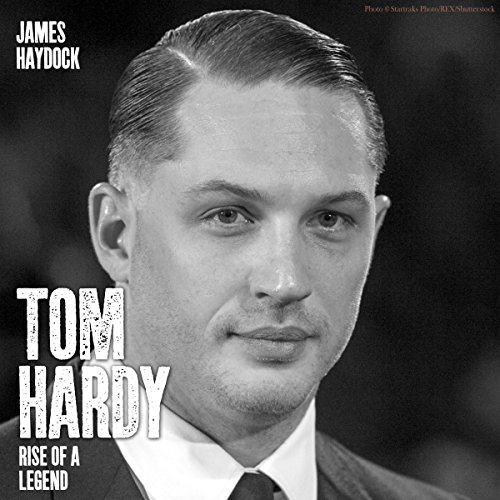 Written by: James Haydock
Narrated by: Bob Sinfield
Try for $0.00

There is a man blazing a trail across the silver screen, delivering performances of such electric intensity that he has united critics and casual moviegoers alike. That man is Tom Hardy.

Starring roles as Britain's most dangerous prisoner in Bronson, both Kray twins in Legend and the villainous brute Bane in The Dark Knight Rises have showcased his raw talent, edginess and ability to utterly inhabit his characters. He has also cemented his status as that rare thing: the man that women want and men want to be. His appeal is endless. But things weren't always so promising.

Cloistered in a life of suburban predictability, a teenage Tom began getting his thrills from drugs and petty crime. He made his first mark in the award-winning series Band of Brothers, but in 2003 Tom collapsed on the streets of Soho, brought low by drug abuse. Yet with the single-minded commitment that has come to characterise his acting performances, Tom banished his demons once and for all.

Now, with the title role in the long-awaited Mad Max: Fury Road under his belt and Hollywood at his feet, there is just no stopping this magnetic figure. This affectionate and in-depth biography reveals all the faces of Tom Hardy: the wayward boy he was, the driven professional he now is and the all-time legend he is sure to become.

What listeners say about Tom Hardy