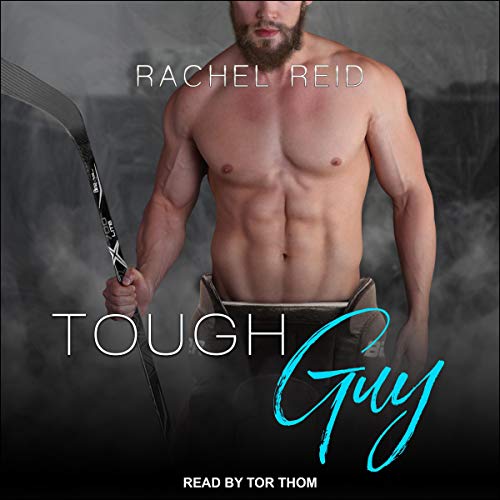 Written by: Rachel Reid
Narrated by: Tor Thom
Try for $0.00

They have nothing in common - so why does Ryan feel most like himself whenever he's with Fabian?

Pro hockey star Ryan Price may be an enforcer, but off the ice he struggles with anxiety. Recently traded to the Toronto Guardians, he's determined to make a fresh start in the city's dynamic LGBTQ Village. The last thing he expects to stumble upon in his new neighborhood is a blast from his past in the fabulous form of Fabian Salah.

Aspiring musician Fabian loathes hockey. But that doesn't stop him from being attracted to a certain burly, ginger-bearded defenseman. He hasn't forgotten the kiss they almost shared back in high school, and it's clear the chemistry between them has only intensified.

Fabian is more than happy to be Ryan's guide to the gay scene in Toronto. Between dance clubs and art exhibits - and the most amazing sex - Ryan's starting to feel something he hasn't experienced in a long time: joy. But playing the role of the heavy on the ice has taken its toll on his body and mind, and a future with Fabian may mean hanging up his skates for good.

What listeners say about Tough Guy

Awesome story! As always, Rachel Reid writes another great story. Excellent narration from Tor Thom, both he and Rachel collaborate extremely well together.

Looking forward to the next installment!!

I want wrap Ryan up in the biggest hug in the world and Fabian is just perfection.

The narration is fantastic... this book is a giant warm hug and the one of the best ways imaginable to spend a day.

Rachel Reid has managed to write 3 totally different hockey books. An insta love, slow burn enemies to lovers, and now a semi-second chance story with 2 heroes that seemingly make no sense together but actually are quite perfect.

Fabian is just so sweet. I would never have thought I would love a story between a gentle ginger giant and a cute blue haired musician but this book works and works WELL.

This book is always going to be compared to Heated Rivalry and that isn’t quite fair. It is totally different, but not disappointing. Heated Rivalry is quite possibly the best MM book I’ve ever read. It is 6 out of 5 stars. I’ll settle for 5 out of 5 for this beauty!

And there might be some Ilya sightings. Maybe. And I might have run around my house squealing like a banshee for 10 minutes causing my neighbor to call the cops on me. Jk. The epilogue is epic.

In this series volumes 1 and 2 were hits. Tough Guy the 3rd book was a miss. Could not get into t he main characters enough to enjoy the story.

Neither a hockey book nor a love story

I went into this book with low expectations despite having loved Heated Rivalry and still managed to be very disappointed.

This was supposedly a love story and yet the MCs don’t even go on a date until 2 hours in. Even after they do get together, there is minimal interaction and very little chemistry. I get that this was trying to have an opposites attract dynamic, but there is nothing dynamic about it and it is hard to care about their relationship succeeding.

This was also supposed to be a hockey story. However, there were only about 10 mins throughout the entire book dedicated to hockey game play and most of that time was spent taking about fighting.

So what did we get instead of romance and hockey? A lot of time spent with their outspoken and sex positive friends, descriptions of clothing and food, internal dialogue about anxiety and insecurity, unsupportive though not openly homophobic parents, repetitive references to their backstory which didn’t manage to provide a sense of who these characters were, and an irrelevant plot twist towards the end involving a character who only briefly appears. This book is a completely tedious read from start to finish.

Ryan is such an easy character to root for. He and Fabian together are just too sweet. For fans of Ilya and Shane, they make an appearance. But I enjoyed Ryan’s story almost as much as theirs!

This is a sappy and sweet hockey romance with an opposites attract theme.

I liked the cast of characters. The plot was decent, but a bit to predictable for my taste. I did appreciate the unsubtle 'hockey is for everyone' moments in the story. Yes, girls and gay men can play hockey too. Such a shoving idea...😏

Enjoyable read. Looking forward to the next one.

I love Ryan! We all have some of his idiosyncrasies! This book has quit a bit more humor and I really enjoyed that!

Eh, found this one hard to stay interested in. I was excited reading the blurb plus I loved the first two. I really wasn’t feeling either if the main characters. Fabian hates all things hockey, I didn’t like his attitude towards Ryan’s job. Had to force myself to finish it. Maybe if I read it instead of listening it would have made a difference? Idk. Still looking forward for the next in series.