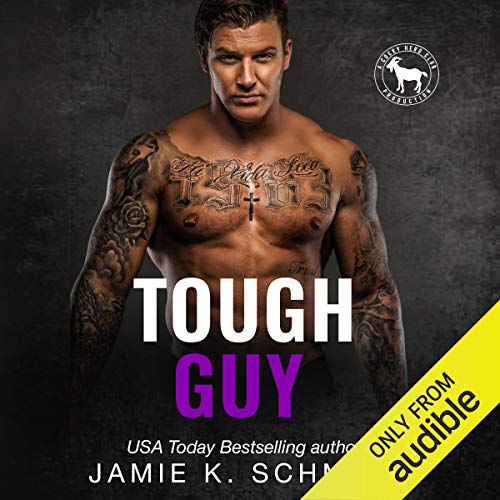 My sister lives to ruin my life.

That isn’t fair. It’s not her fault our dance instructor called me fat and awkward, and our parents funded Lisa’s training because I had a better head for business.

So when Lisa went off the rails after her injury, it naturally came to me to track her down. The trail starts at the Spearmint Rhino - an upscale gentlemen’s club five minutes off the Las Vegas strip, where a group of hot Aussie soccer players are having a bachelor party. Hello, Chance Bateman! My sister still wears his jersey as a nightgown. However, Lisa's trail goes cold at Dalton’s, which is owned by a world-famous bouncer, Miles Carvello - six feet four inches of muscle, tattoos, and swagger. Combined with his intense green-eyed gaze, Miles makes my insides sizzle. I’m just not sure if Miles Carvello is the reason she’s hiding out or not. Danger seems to surround him.

How does a former Broadway hoofer wind up in Vegas as a stripper? I’m about to find out, since no one will talk to me because I’m an outsider. And besides, Miles thinks I’m too much of a prude to do it.

I need to find my sister. She’s in trouble. I can feel it. I keep running into the bachelor party as well as Miles while I'm out searching for her. And while both of them are a good time, they're not getting me any closer to finding Lisa. And I've got a terrible feeling that her time is running out.

I don’t remember Jackie Mitchell’s sister. Just another stripper with baggage in a long line of them. But Jackie? Damn, she’s the real deal. I don’t want to get distracted. I need to shoot this club into the stratosphere. I owe it to my uncle’s memory not to let the gangsters win. But she oozes sensuality that reminds me that I should take time to enjoy the finer things in life - like her long, toned legs wrapped around my shoulders.

However, the demons of my past are pushing into my future. If they’re going after my employees, as a way to get to me - they picked the wrong guy to mess with. And if they touch Jackie, all bets are off, and I’ll put them in the ground - and to hell with the consequences.

Tough Guy takes place a year before the events of Cocky Bastard and features a few appearances by our favorite Aussie soccer player, Chance Bateman, before he meets the love of his life, Aubrey.

What listeners say about Tough Guy