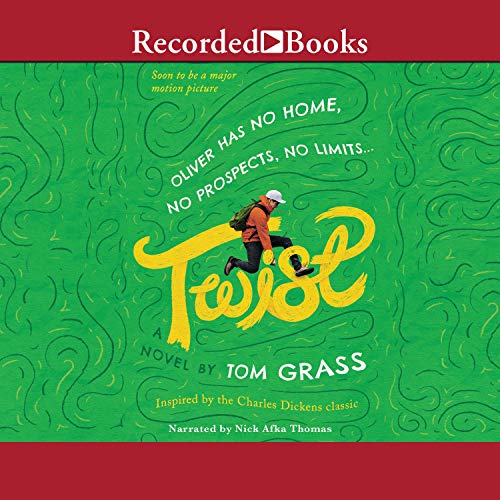 Eighteen-year-old Twist doesn’t have much in this world. No money, no home, and no family. All he has is his reputation as one of the most daring street artists in London - whose unique skills are matched only by his infamous talent as an urban climber. But when he finds himself on the run from the police, he knows that he could be about to lose the last thing he has left - his freedom. Until he is saved by the mysterious Dodge.

When Dodge introduces him to con artist and “art collector” Cornelius Faginescu, Twist realizes that he finally has the chance to be part of something. All he has to do is put aside his moral objections and learn how to steal.... Twist is soon drawn deeper into the gang and, as his feelings grow for the intriguing and dangerous “Red", he discovers she has a secret - they are no longer playing for money. They’re playing for their lives.

What listeners say about Twist