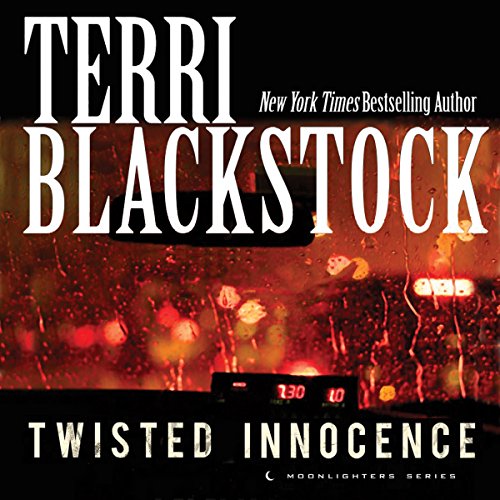 Written by: Terri Blackstock
Narrated by: Nan Gurley
Try for $0.00

From New York Times best-seller Blackstock comes a gripping story of a private investigator whose past choices have finally caught up to her - and are now putting her infant daughter at risk.

Though Holly’s stumbled through most of her adult life as a party girl, she longs to live a more stable life for her daughter. Then police show up to question her about the whereabouts of Creed Kershaw, Lily’s father. She has kept his identity a secret from friends and family - she never even told him about the pregnancy. Now, he’s a person of interest in a drug-related murder case.

Determined to keep him out of their lives and turn him over to police, Holly uses her private investigating skills to search for him. But her bravado backfires when he turns the tables and takes her and the baby hostage. As desperate hours tick by, Holly realizes his connection to Leonard Miller - the man who has gunned down several members of her family. Creed claims he’s innocent and that Miller is after him, too. His gentleness with Lily moves her, but she can’t trust a man who has held her at gunpoint...even if he reminds her so much of herself.

Dangers old and new threaten Holly and her baby, and lives are demanded as sacrifices for love. Through a complex web of mistakes and regret, redemption is the one hope Holly has left to hold on to.

Part of the Moonlighters series.

What listeners say about Twisted Innocence

I loved ALL the characters in the series (well the good guys lol) i even turned my audible on 0.9 speed so it went from 7 and a half hours to 8 and a half hours I wanted to prolong it. It’s that good! Terri blackstock always comes up with believable story lines that aren’t completely predictable like other crime movies/shows/ books. Absolutely loved this series. Gonna have to go find another series. Terri blackstock NEVER disappoints! 😃

Good end (or so I think it is) to a tri-part story. Thank you Terry for a relaxing, profanity-free suspense and love story! I'm sure God is pleased!

Dear Terri, what an absolutely awesome story. And it is so true in all our lives. A much abbreviated testimony is of me as a rebellious girl who God rescued thru the motorbike accident in which I lost half of my right leg. I had to grow up instantly, and thank God for the perfect family who stood by me, and even more for the fact that He has accepted me even though He is the One and Only True God, Creator of all things created, the Giver of Life, and I am just one of billions of people!!!!

The story was beautifully narrated and it was a great blessing to me, and again I pray that many people will accept Christ thru your stories, God bless you!

I so enjoyed the conclusion to this trilogy. The personal message at end was meaningful! Thank you Terri for being transparent and encouraging us to stay faithful.

I can never wait to put my head phones on and get lost in the story...sorry this series had to come to an end.
I've read almost all of Blackstocks books and now get to enjoy the others by Audio Books! Found my new love...listening while I work....

Keeps you on the edge of your seat. An excellent story of second chances. Enjoy!

I thought this was a very good story I wish there was some more sequels to it.

I love all her books and how she includes scriptures into the story. Great job.

the first and second books were my fave. the third one was good, but not as good.

God is in charge

It kept you on the edge of your seat. Then she added scripture for the glory of God. Happy listening

I enjoyed the 3rd book in this series. Terry Blackstock it's another home run with this book. I enjoyed the story line, the characters, and The overall plot. This is definitely a must read