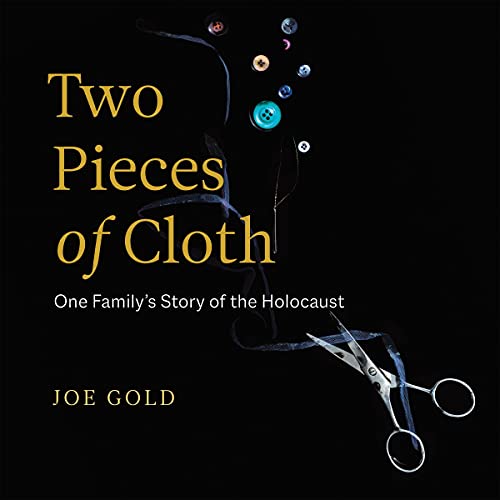 Two Pieces of Cloth: One Family’s Story of the Holocaust

Torn apart by war. Reunited through faith. In this remarkable true story of the Holocaust, we follow David Goldberger from the concentration camps of Auschwitz and Bergen-Belsen, back to Budapest where his wife, Aurelia, and infant son are hiding under false Christian identities. By the time he is liberated by the allies, Goldberger weighs a skeletal 65 pounds and is told to wait for the Slovakian legion to rescue him.

With the threat of typhus looming, Goldberger instead escapes with a group of men to Hannover. There, he is given two pieces of wool cloth - the key to rebuilding his future as he searches for his wife and child.

Drawn from survivor testimony, personal conversations, and archival documents, and vividly brought to life by Goldberger’s son Joe Gold, Two Pieces of Cloth bears witness to the horrors of the Holocaust, while serving as a testament to the power and resilience of the human spirit.

What listeners say about Two Pieces of Cloth: One Family’s Story of the Holocaust