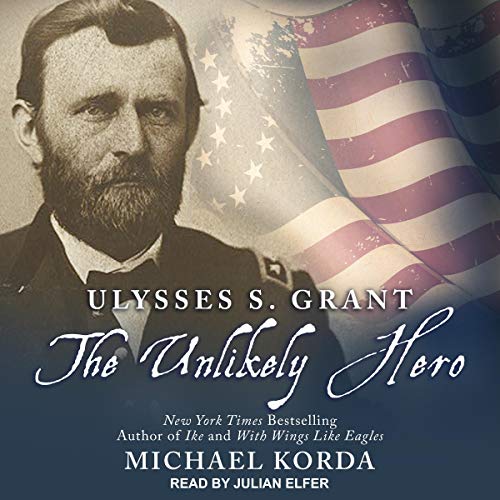 Written by: Michael Korda
Narrated by: Julian Elfer
Try for $0.00

Michael Korda brings his acclaimed storytelling talents to the life of Ulysses S. Grant - a man who ended the Civil War, served two terms as president, and wrote one of the most successful military memoirs in American literature.

Ulysses S. Grant was the first officer since George Washington to become a four-star general in the United States Army, and the only president between Andrew Jackson and Woodrow Wilson to serve eight consecutive years in the White House. In this succinct and vivid biography, Michael Korda offers a dramatic reconsideration of the man, his life, and his presidency.

Ulysses S. Grant is an evenhanded and stirring portrait of a flawed leader who nevertheless ably guided the United States through a pivotal juncture in its history.

This is a thoroughly disappointing book! The author spends e first interminable minutes droning on about how a Beyoncé concert was held near Grant’s tomb! Really??? A Beyoncé concert???? Good Lord! Next, they chose someone of British extraction to narrate the book about the greatest American general of the Union Army, when the British were aligned with the Confederacy!

Save your money folks and don’t this book. If you wish to read about a Ulysses Grant, either purchase and read his memoirs, or buy Ron Chernow’s book “Grant”.