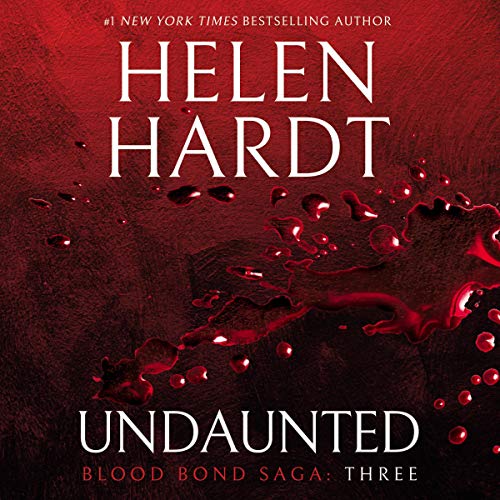 Breaking into a cemetery isn’t anything Dante Gabriel ever thought he’d do, but he has no choice. He must recover his father’s body so he can claim his estate. Help arrives from two unexpected sources, but their plan is interrupted.

Erin Hamilton’s best friend is a wolf shifter. The man she loves is a vampire. His father is a ghost. She can deal with all of that, but new worries have surfaced. The missing doctor has returned to the hospital, and his strange actions are disturbing...but not as disturbing as the odd dreams that begin to plague her. She finds comfort and love in Dante’s arms, even as he slowly begins to change.

More secrets are revealed, and Dante and Erin recruit his cousin and her brother to help them find the missing women and discover the secrets of the Vampyre Texts, even as external forces work against them. But as Dante develops some unusual abilities and the darkness targeting him becomes more menacing, he must proceed, undaunted.

What listeners say about Undaunted

Should have to continue to purchase more

We’ll, I’ve now spent 3 credits. I’m not willing to continue to spend anymore to find out how the story ends, although I’m curious.

Finally the pieces are fitting together and wrapping up for the conclusion!! I really love our main character. The author did a great job keeping her character authentic this whole series. I hope Dante doesn't fall to the darkness

This is annoying. I’m very invested in the story...but I’m so done with Erin. Her inability to put obvious things together combined with her always voicing how in love she is and how much she knows Dante needs her..I’m sorry, but I’m a complete cheeseball and have been head over heels in love, and I have never been so driven by “oh but he needs me” “I love him and this is the man I love” “this isn’t my computer anymore, it’s OUR computer”.

Like...stop. I want to know what happens but I would kinda be okay with a summary from here on out instead of listening to this chick.

I honestly don’t mind the voices!

I have been loving these books and I honestly like the voices! Especially the man that does the voice of Dante!

I couldn't get passed the prologue..... his voice is torture to listen to 😢😢
like nails on a chalkboard.

This is an awesome series. I love the complexity if the characters and all the twists and turns in the plot keeps you guessing and anxious for more. I can't wait for the next volume.