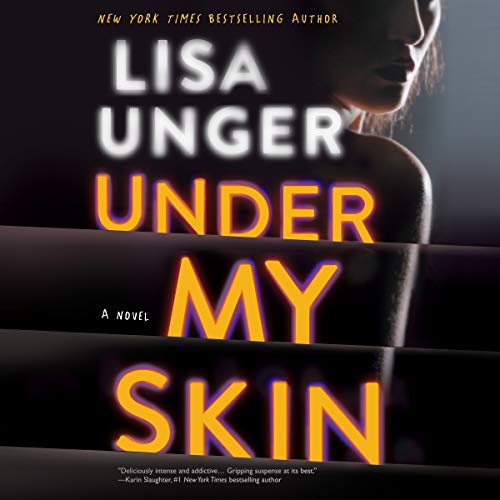 Written by: Lisa Unger
Narrated by: Vivienne Leheny
Try for $0.00

One of the Most Anticipated Crime Books of 2018 from CrimeReads

Bookbub’s One of the Biggest, Most Anticipated Thrillers of the Season, Fall 2018

What if the nightmares are actually memories?

It’s been a year since Poppy’s husband, Jack, was brutally murdered during his morning run through Manhattan’s Riverside Park. In the immediate aftermath, Poppy spiraled into an oblivion of grief, disappearing for several days only to turn up ragged and confused wearing a tight red dress she didn’t recognize. What happened to Poppy during those lost days? And more importantly, what happened to Jack?

The case was never solved, and Poppy has finally begun to move on. But those lost days have never stopped haunting her. Poppy starts having nightmares and blackouts - there are periods of time she can’t remember, and she’s unable to tell the difference between what is real and what she’s imagining. When she begins to sense that someone is following her, Poppy is plunged into a game of cat and mouse, determined to unravel the mystery around her husband’s death. But can she handle the truth about what really happened?

What listeners say about Under My Skin

This book was unusual for Lisa Unger, all written in the first person but travelling backwards and forwards in time which was a little confusing at times. The narrator, Vivienne Leheny, did an excellent job and I couldn't imagine any other narrator doing such a splendid job as she did. She brought the book to life and it needed to be told in her voice. Without this great narration the story could have been quite ordinary and somewhat disjointed. Unlike other listeners I thought the ending was quite good.

Usually cannot but an Unger book down but...

I struggled to finish. This just couldn't get off the ground. The main character was annoying.

Where Was The Editor?!

I have no idea how to begin this review because this book was so odd. I should start by stating that I either love or strongly dislike this author's work; there is no in-between, and this one falls squarely into the latter category. Ultimately, this book had huge potential that slowly - and I mean painfully slowly - digressed into bitter disappointment. It droned on and on and on with no direction. Where was the plot? Where was the character development?? Where was the editor?!?! The writer spent so much time giving voice to the main characters every thought (and I mean... Every. Single. Thought.) that I lost sight of the fact that this was supposed to be a thriller with a point. It took 11 hours and 48 minutes to come to some semblance of a point and then when it finally got there, I no longer cared. It simply did not make sense. My only thought was, "Really? You couldn't do any better than that?". I want to say that the overly dramatic narration was what ruined this story, but it was without a doubt the writing and lack of skilful editing that destroyed this book's potential. The writer has crafted much better tales. It makes me wonder what happened with this one.

I try to write nice reviews on all the books I read but I would not use a credit on this book. It is about a whiney woman with a boring plot and no character development

Too long and too deep into skin

It is a very interesting story and I
enjoyed listening. However, it really
needs an editor. It could become a
tight suspense story except for the
incessantly repeated dreams.
Cut by three hours.

The narrator was too over-the-top for me. Some decent red herrings to lead me astray...

Worth time to listen...

Love the book once I got pass the first few chapters (these are needed to build the background, but I didn’t know that until I got further in the book)!

One of the worst books I’ve ever listened to

The book was awful. It just rambled .was on and on with no real clues or pieces to put together. So bad it makes it hard to write a review. The end/climax doesn’t exist. It’s like even the author just got voted and suddenly decided to reveal what happened and call it a day.

1st big miss for me from Lisa Unger

She is one of my favorite authors, I have read/listened to every book of hers except for the last two under Miscione. This one was a STRUGGLE for me to get through. I kept waiting for something to happen. I feel like it just drug on and on. Not giving up on her, but this one- just wasn't for me!