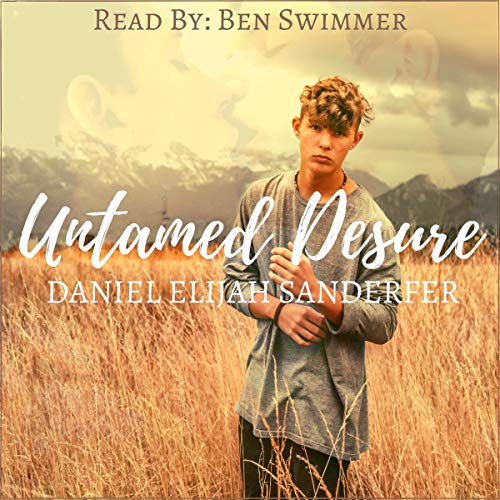 Wyatt Freely isn't anyone special, just a gay 17-year-old boy living with his hippy bohemian parents. They fly by the seat of their pants, and when a rushed decision leads them to sell their home in the city. Wyatt finds himself in the middle of nowhere. They've purchased a house in the farming town of Chrisney, Indiana, but not everything is as boring as Wyatt thought it would be.

When he meets a mysterious farm boy whose property borders his parent's land, he is introduced to desires he never knew possible. Their love is like a wild horse running through the plains, unbridled and unspoiled, at least until summer break is over.

When Brock and Wyatt find themselves too busy with their new schedules to spend time together, Brock makes a decision. One that's sure to destroy everything they've worked hard to build. Can the boys overcome the challenges of growing up to fuel the passion's flame burning in their hearts and tame their untamed desires?

Join Daniel Elijah Sanderfer for this coming of age tale of how two totally different boy's find hope and love in one another.

What listeners say about Untamed Desire

The attempted accents and voices of the person reading the story are distracting and took away from the overall feel of the story (in my opinion).
The story itself is cute enough, albeit beyond predictable and over the top cheesey; and I usually love cheesey romance stories.
the price reflects what you get.

almost stopped because of the "accent"

simple, predictable story almost ruined by the narrator's dreadful attempt at a disaster of a regional accent. Mr. Schwimmer, stick with American Standard English and guitar playing. you're good at both those.

You could write a better novella that this

And you probably would not fill every sentence with a cliche or worn-out trope. The only thing that saves the author's grade-school prose is the even worse narration by some amateur voice actor who decided he needed to invent an impossibly annoying accent that exists nowhere in the English-speaking world, then draw out every single syllable as though he were being paid by the second. Truly awful. Save your money.