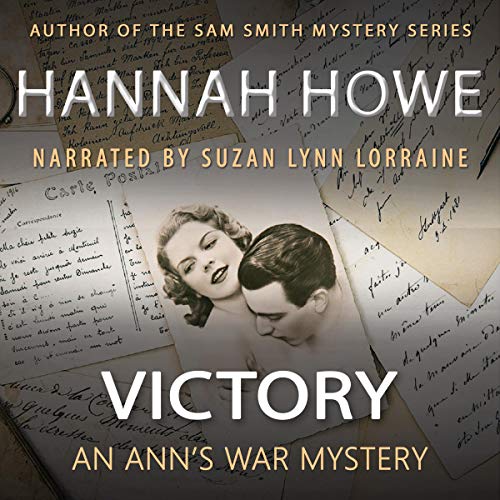 Based on sensational true events, the concluding story in the Ann’s War Mystery series.

The war is over and Ann’s community is preparing for the VE Day celebrations. However, not everyone is in a celebratory mood. Ann’s husband, Emrys, has returned from France, a shadow of the man who left to serve his country. What happened in France? What thoughts are weighing heavily on Emrys’ mind?

Meanwhile, Doris Michael hires Ann to find her brother, Glyn, a man she hasn’t seen for two years. What has happened to Glyn? And what crucial part did he play in determining the outcome of the war?

As Ann seeks answers, she realizes that even though the war is over, the true battle has only just begun, the battle to win the peace.

What listeners say about Victory