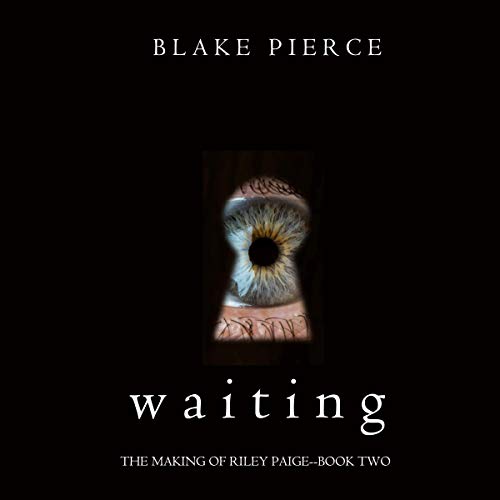 Waiting: The Making of Riley Paige, Book Two is second book in a new psychological thriller series by number one best-selling author Blake Pierce, whose best seller Once Gone (book one) has received over 1,000 five-star reviews.

Brilliant 22-year-old FBI intern Riley Paige struggles to decode the riddles of the sadistic serial killer dubbed by media as the “clown killer” - but finds it all becomes too personal when she herself is targeted and in a battle for her life.

Recent college graduate Riley Paige is accepted into the prestigious FBI summer internship program and is determined to make a name for herself. Exposed to many departments of the FBI, she thinks it will be a quiet summer - until a serial killer holds Washington by suspense. Dubbed the “clown killer”, he dressed and paints his victims as clowns and mocks the FBI with tantalizing riddles in the media. He leaves everyone to wonder: Is he a clown himself?

It seems that only Riley has the mind brilliant enough to decode the answers. And yet, the journey into this killer’s mind is too dark - and the battle too personal - for Riley to come out unscathed. Can she win this deadly game of cat and mouse?

An action-packed thriller with heart-pounding suspense, Waiting is the second book in a riveting new series that will leave you resisting pauses late into the night. It takes listeners back 20-plus years to how Riley’s career began - and is the perfect complement to the Once Gone series (A Riley Paige mystery), which includes 13 books and counting.

Book three in the The Making of Riley Paige series is now available for preorder!

What listeners say about Waiting

First the audible book - I read the first of these books and really enjoyed it so I decided to try the Audible version for the second book in the series. I will go back to reading for the rest. The narrator was very hard to listen to. The character voices are shrill and the tone of the conversations does not match the speech pattern of the narrator. Normally I am not picky and have never written a review before, but this was awful and is the reason for the overall 3 star rating.