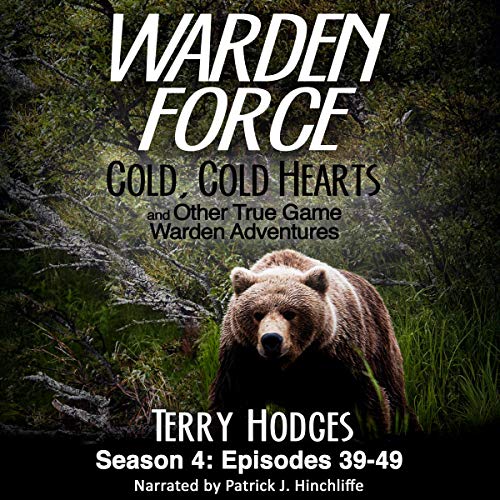 A collection of 11 award-winning short stories concerning the true adventures of California fish and game wardens and the wildlife-destroying outlaws they pursue. These stories illustrate the wide variety of wildlife-related problems wardens face in California, which has a greater diversity of wildlife and wildlife habitat than any other state and is second only to Alaska in its vast expanses of wilderness.

Rascal’s Road to Justice - “The world’s greatest duck caller”, as a renowned waterfowl violator bills himself, crows that he’s too smart to be caught. His education to the contrary soon follows.

True Remorse - One of the coldest of the cold, cold hearts pays a heavy price for extreme cruelty to a trapped bear.

Turkeys - The wardens meet a hardened criminal whose hobbies are turkey hunting and home-invasion robberies.

A Weekend with “Starsky and Hutch” - A swashbuckling pair of wardens cram a fourth-story, roof-to-roof foot chase in old San Francisco and heroic rescues from burning buildings into a single memorable weekend.

The Natural - A young woman proves that she was born to be a fish and game warden.

Dirty Harry and Ape Island - A warden thinks his way out of a jam in this story that features a good-humored Highway Patrol sergeant and an ill-humored monkey.

Lucky Breaks - A warden demonstrates his substantial tracking skills to put away an outlaw houndsman who traffics in bear gallbladders.

Lobster Jake - An infamous lobster pirate teams with “The Muppet”, a character straight out of a nightmare.

Cold, Cold Hearts - A California warden, at great risk to himself, flies to Alaska to help state troopers there deal with a team of highly dangerous, cruel, and destructive grizzly poachers.

This was another exciting, action packed chapter of the Warden Force series. The bad guys get bolder and the Wardens step up to outsmart them. Narrow misses, close calls and more await in the ongoing saga to protect our wildlife. This series is highly addicting. A thrilling read.
Update! The audiobook version is finally out. A perfect companion to the book wonderfully narrated by Patrick Hinchcliff.