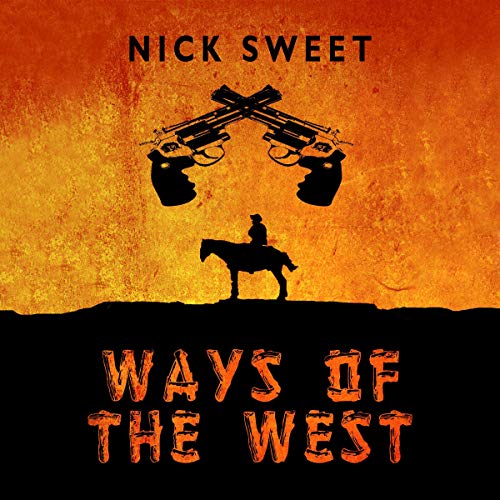 Ways of the West

Written by: Nick Sweet
Narrated by: Sean McElhiney
Try for $0.00

After three desperadoes ride into the town of Monkford and hold a congregation at gunpoint, a shootout ensues. With the Minister’s wife dead and one of the criminals wounded, they make their escape to the town of Fiveways in search of a doctor.

A posse gathers and sets out into the territory to bring the criminals to justice. Meanwhile in Monkford, the minister Gene Sherrin is recovering from the terrible tragedy...and proves to be a man at war with himself.

In a game of survival of the fittest, who will be the last man standing?

What listeners say about Ways of the West

The narrator of this book gives a distinct and interesting voice for each character. What would otherwise be a drudging read was pleasant to listen to because of these characterizations. Voices given to the characters imparted the fear and pain in the story and helped to keep the story moving well for the listener. Otherwise, the story should come with trigger warnings and overlong unimportant backstory warnings.

This book does a good job of presenting the grisly reality of Western life and justice. The story itself is good. The characters are unique and the author does a great job of telling their story.

The narration by Mr. McElhiney is the star of this book. His pacing gives the story a great level of suspense. His voicing of the various characters provides a great level of depth, and gives each character their own personality. You end up truly hating the bad guys in this story more due to his performance. I look forward to more books narrated by him.

the story was good but the narrator was terrible in my opinion. I love westerns he did good interpretation of the character's voices but the reading overall was blah