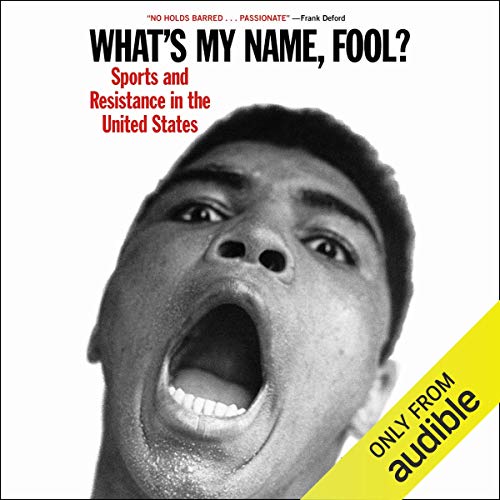 Written by: Dave Zirin
Narrated by: Aaron Abano
Try for $0.00

Here Edgeofsports.com sportswriter Dave Zirin shows how sports express the worst, as well as the most creative and exciting, features of American society.

Zirin explores how Janet Jackson's Super Bowl flash-time show exposed more than a breast, why the labor movement has everything to learn from sports unions, and why a new generation of athletes is no longer content to "play one game at a time" and is starting to get political.

"Zirin is one of the brightest, most audacious voices I can remember on the sportswriting scene, and my memory goes back to the 1920s." (Lester Rodney, N.Y. Daily Worker sports editor, 1936-1958)
"Zirin has an amazing talent for covering the sports and politics beat. Ranging like a great shortstop, he scoops up everything! He profiles the courageous and inspiring athletes who are standing up for peace and civil liberties in this repressive age. A must read!" (Matthew Rothschild, The Progressive)
"This is cutting-edge analysis delivered with wit and compassion." (Mike Marqusee, author, Redemption Song: Muhammad Ali and the Spirit of the Sixties)

What listeners say about What's My Name, Fool?

Zirin has some really good takes on the hypocrisies within sports. However, I disagree with his takes on Barry Bonds.

Thank you Dave Zirin for having the courage and guts for speaking and telling the truth. 👊🏿