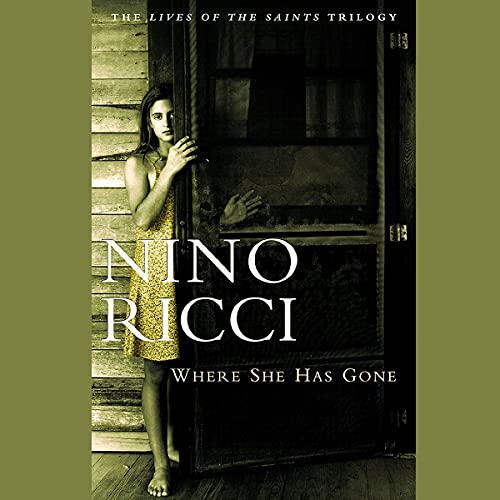 Where She Has Gone

Written by: Nino Ricci
Narrated by: Marco Timpano
Try for $0.00

Set in Toronto and Italy, this powerful sequel to In a Glass House explores the sometimes forbidden aspect of desire and one’s longing for what is unrecoverable.

Victor Innocente remeets his half sister in Toronto, shortly after his father’s death. Uneasy with their new proximity in each other’s lives, they are at first restrained. But gradually what is unspoken between them comes closer to the surface, setting in motion a course of events that will take Victor back to Valle del Sole in Italy, the place of his birth. It is there, where the story had its strange beginning 20 years earlier, that he confronts his past, its secrets, and its revelations.

Poignant, gripping, and written in luminous, highly charged prose, Where She Has Gone is an unforgettable novel - for its vivid portrayal of character and place and for its extraordinarily moving encounter with the past.

“A magnificent novel…beautifully balanced, expertly paced, and executed in a prose that’s so sure, so smooth in its operations, so expressive, that it might be said to thrum with a natural life.” (Quill & Quire, starred review)

“Ricci has spun out a delicate and soulful novel…miraculously fluid and well-shaped, the narrative unspools like a wavering dream.” (Time)

What listeners say about Where She Has Gone