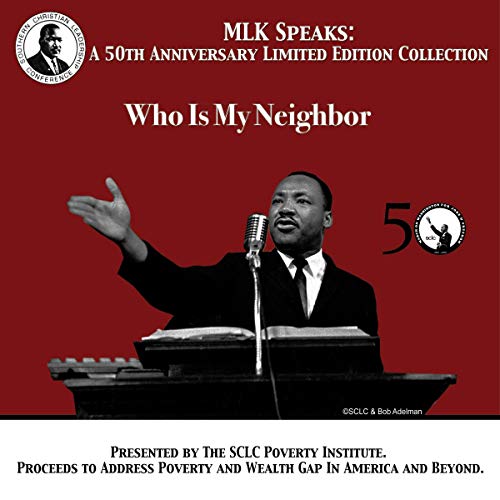 Who is My Neighbor

Dr. Martin Luther King, Jr. was the Co-Founding President of the Southern Christian Leadership Conference in 1957. Found in the archives at the SCLC were eight never before heard audio works of Dr. King in which he prophetically articulates his vision for a better America and world. These unique messages are the embodiment of his cause of justice, jobs, and freedom. For the first time ever, these messages are being released to commemorate the 50th Anniversary of The March on Washington for Jobs and Freedom. The title of this message is "Who Is My Neighbor."

What listeners say about Who is My Neighbor

Powerful energetic necessary for our times and beyond. I'm filled with gratitude for this Dr. Kings wisdom...simply timeless.