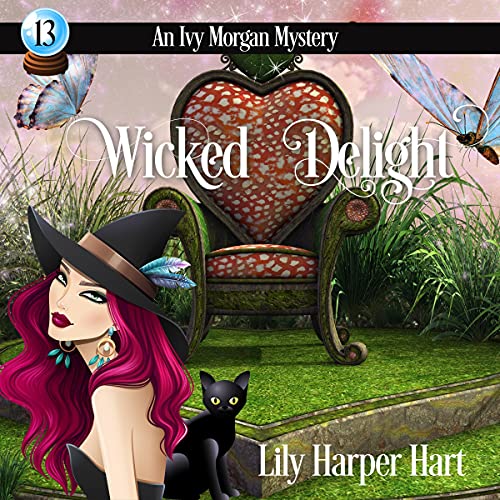 Ivy Morgan and Jack Harker don’t have many complaints. Things are good, life is quiet, and the only big thing on their to-do lists is picking a date for their wedding. Which is exactly what they’re doing when a local celebutante approaches with an offer for Jack to be on a dating show. He turns her down flat and goes on his way, but the next morning, she’s found dead and the list of suspects is endless thanks to the production landing smackdab in the middle of Shadow Lake.

Ivy doesn’t like having Hollywood on her doorstep. Jack is even worse, especially when he realizes the producers want Ivy to step in and take the dead heiress’s spot in the limelight. The idea of cameras following Ivy when magical things keep happening around her is enough to paralyze the couple...and then force them to run to avoid the harsh glare of the viewing public.

Jack and Ivy have a lot on their plates. They have to solve a murder, figure out what the witch in the woods is trying to tell them when it comes to the nature of the human soul, and pick a wedding date.

It’s all in a day’s work for Shadow Lake’s favorite couple. If they live to survive the dark force descending on their town, that is. They’ll have to work together to overcome imminent evil...but they’re used to that, of course.

What listeners say about Wicked Delight

I thought the narrator was ugg but she is good

The first time I heard angel Clark I was like I can’t listen to this and stopped the book. But I started a new book a few weeks later and it was angle Clark and she was good. There are a few characters that have annoying voices but other than that I love all the books she has narrator!!! So please give her a chance!! The books are great!!

reader screams at you

who can even tell if the story is any good when the reader is constantly screaming?

The characters come off as infantile and just as you get into the book the reader decides to hit a new decible level and you find yourself wincing.

I was in the airport and had to pull out my earbud and another traveler asked if my child was okay as the sound was ear piercing.

Always so much fun with this series! This story had lots of turns I didn't expect! A great time!!