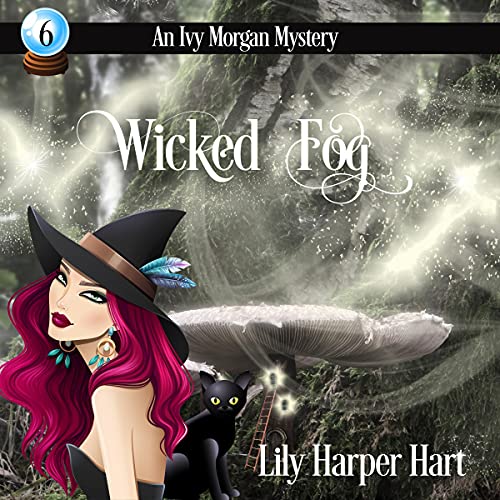 Fall is here and Ivy Morgan is excited. Halloween is her favorite time of year and all she wants is to share her good mood - and three little words - with her boyfriend Jack Harker.

That all changes when Jack and Ivy discover a body in a corn maze and Ivy is overcome by a dark foreboding that renders her unconscious. After sitting vigil, Jack is relieved when Ivy opens her eyes. He's not bothered - only curious - when she tells him what happened.

As she recovers, Ivy realizes she's seeing through a killer's eyes. She has no idea where the new ability came from, but she's terrified of the repercussions. All Jack cares about is keeping her safe.

Shadow Lake is a peaceful hamlet, but the dead man is a local firefighter and his passing unleashes a bevy of secrets on a town that didn't know true ugliness until it smacked them in the face. Between affairs, a grieving pregnant mother, and two families that can't stop pointing their fingers at each other, Jack and Ivy have their hands full.

Ivy's new ability is something to adjust to, but a killer's vengeance is something far, far worse. When Ivy realizes that the killer knows she's been watching, she goes from an observer to a target.

Can Jack keep her safe? And, more importantly, can he tell her he loves her before it's too late?

What listeners say about Wicked Fog

Enjoy the storyline, I couldn't have guessed the murderer. Can't wait until the next book. Ivy Morgan is a cute mildly paranormal series that recommend. The narration is okay.