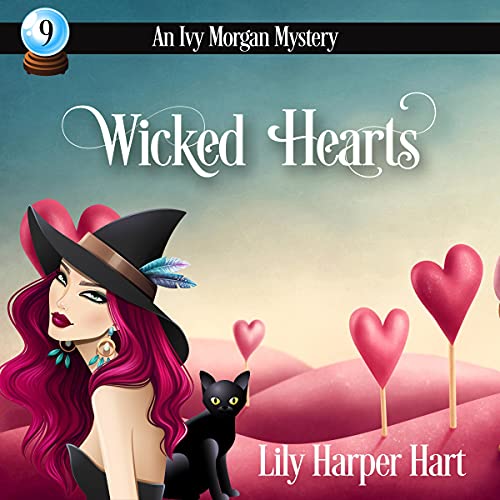 There's no better time to be in love - and newly engaged - than Valentine's Day.

While visiting the community barn, one of the girls prepping for the annual pageant falls ill and Ivy has a terrifying vision of the event before it happens. It turns out the girl has been poisoned, and in an effort to watch the remaining girls, Ivy signs up to be a mentor.

The Festival of Love Pageant is anything but a serene environment. The girls are at each other's throats, the pageant coordinator is wound a little tight, and someone keeps going after the contestants.

Jack is on the case but the evidence is thin and he's running out of time. He can't do it on his own and he's reluctant to involve Ivy and risk making her a target. That means they have to work together.

It's up to Ivy and Jack to figure out an intricate plot, unravel some emotional distress associated with Ivy's past, and come to grips with her growing abilities.

It's going to be one heck of a pageant...that is if everyone can survive until the final curtain call.

What listeners say about Wicked Hearts

talk about one-track minds! but oh how i do love how ms Lee depicts her villains, tho! and these ones are nothing short of insane!
👍💗

I Love this series

I am loving this series I enjoy the characters and the gentle rollout of Ivy’s witchy powers. The mysteries are quite detailed, slightly predictable but always have a special twist in them. I am sincerely hoping we will get to see Max find his true love before the series ends.

I can't get enough of Jack and Ivy

The story was good, I've never read (or listened) to a bad thing from Lily Harper Hart. I hope she continues to write for years to come.