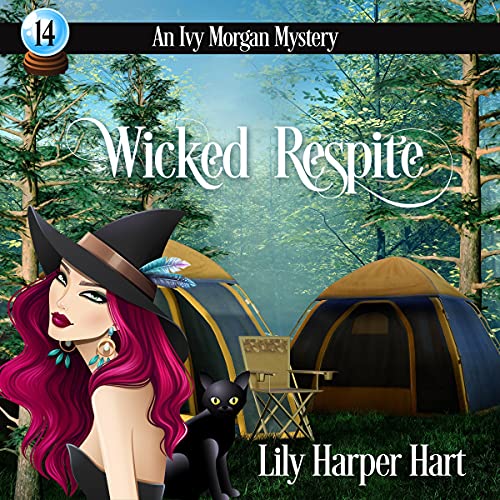 It’s meant to be a romantic vacation, a time when they can simply lay under the stars and enjoy one another before plans for their wedding begin in earnest.

It doesn’t quite turn out that way.

When Ivy’s brother Max invites himself along for the ride – along with his new girlfriend, who he’s trying to impress – Jack isn’t happy. Ivy, however, is curious enough about the woman who has stolen her brother’s heart – seemingly out of nowhere – to allow it.

Because it’s Jack and Ivy, things don’t go smoothly. Their first night at camp results in the death of a woman who looks a lot like Max’s girlfriend. Things only spiral more out of control from there.

Ivy is in a tough spot. She’s loyal to her brother beyond imagination but there’s something about Amy that doesn’t ring true, and Ivy is determined to find out every single one of the woman’s secrets.

When murder follows them home, things become dire, and it’s Ivy who must use her new abilities (along with a little help from her friends) to sort things out.

Murder is on the menu and it’s going to take everyone working together to make it out alive.

What listeners say about Wicked Respite

Love Ivy and Jack. Good story. Kept me turning the pages. Nice to see Max find someone. Haven't found a Lily Harper Hart series or an Amanda M Lee series that hasn't been fun to read. I don't know how she finds the storylines and develops them so well.

Loved getting to see Max have a more meaningful relationship. Can't wait to see how it continues to develop. Also, looking forward to Ivy and Jack's wedding. Hoping we get more details in the next book.

Really Enjoyed this One

Max plays a major part in this one. Good story. On to the next book.

LOVED THIS STORY!! THIS SERIES IS SO MUCH FUN! ANGEL CLARK IS AWESOME!! CAN'T WAIT FOR THE NEXT ONE!