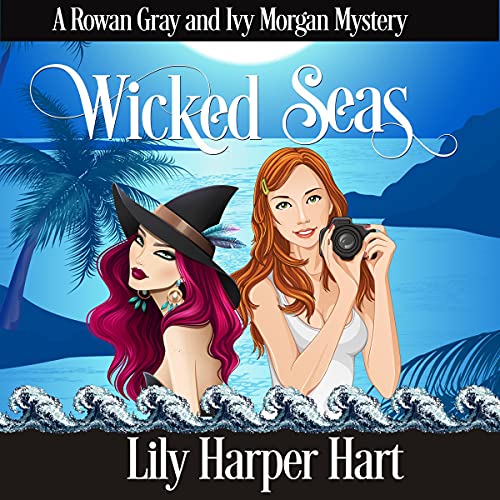 Ivy Morgan has never been on a vacation. Her fiancé, Jack Harker, is happy to be the one to provide the experience. With that in mind, the couple embarks on a sea adventure on The Bounding Storm, a cruise ship where sun and fun are the order of the day.

Ship photographer Rowan Gray is drawn to Ivy from the moment they meet. There’s something different about the woman, although Rowan can’t figure out what that “something” is. Quinn Davenport is too busy with the murder of a high-profile woman who was drawing a lot of negative attention to give much thought to Rowan’s distraction, but he encourages her to delve deep if she’s that desperate for answers.

When Margaret Adkins, the leader of a political group that wants to limit certain movies, books, and television shows, is found dead in her room, Jack is drawn to the mystery while Quinn tries to keep him at arm’s length.

Since Ivy is distracted by visions of death and Rowan is caught up in figuring out the secret Ivy is keeping, it seems multiple people on The Bounding Storm are in danger of tripping over one another to find answers.

It’s a tangled web of intrigue and magic as Rowan and Ivy come face to face with some carefully concealed secrets. They’re going to have to work together if they expect to survive the murderer running free on The Bounding Storm.

This fearsome foursome is about to discover just how strong they can be...together.

What listeners say about Wicked Seas: A Rowan Gray and Ivy Morgan Mystery

I love the fact that these two met

I do love the fact that these two met but the story felt a bit light with not too much depth.

The reader was annoying and for some reason every time she reads a story, I end up disliking the main character as they come across as whiny.

I like both cozy series so this crossover was a pleasant diversion this weekend. Thanks!

so much FUN!!! love reading these series!! they are so cute. sweet and mysterious too!