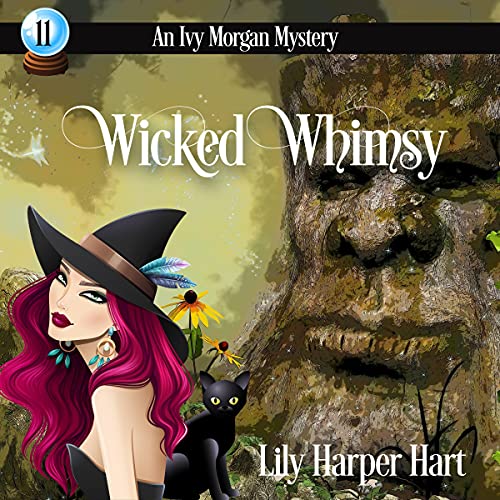 Morel season is in full swing and Ivy Morgan and her brother Max are on a mission to see who can bag the most of their favorite treat. Instead of mushrooms, though, they find a traumatized boy running away from a shooter.

After tracing his footsteps back to the source, they find his father dead and a mystery that desperately needs to be solved.

Jack Harker’s investigation is a doozy. The boy’s family life is a mess, there’s no one to take him in and every source leads to more questions. Once the state takes custody, Ivy can’t stay away and instead tries to bond with the boy to offer solace.

Jack has to delve deep, and when clues start pointing in a startling direction, he can’t stop himself from wondering if he’s really investigating three murders instead of one.

When the truth comes out, no one is prepared for the fallout. Ivy and Jack manage to put their heads together and come up with a scenario, but it’s darker than anyone ever dared dream.

Ivy thinks she’s in control of the situation until the tables are turned and she becomes the central piece in a twisted game.

It’s a race against time to take down a killer and Ivy might not survive to see the finale play out. It’s all hands on deck for another adventure, and this one will leave the survivors traumatized for a long time to come.

What listeners say about Wicked Whimsy

Ivy is finding herself in deeper, darker situations. This one was actually terrifying. Well done!

this series is wonderful to listen too, I enjoyed this book and all the earlier onrs

That was a cleaver hashtag! Do not expect to get it until you read the book. As a former foster parent, this story freaked me out! Still a great little read! #Tagsgiving #Sweepstakes

LOVE THIS SERIES!! ALWAYS SO MUCH FUN!! THIS ONE HAS LOTS OF TWISTS AND SURPRISES!!

I really enjoyed having this book available through Audible. Having recently had eye surgery, I enjoyed keeping up with Ivy.