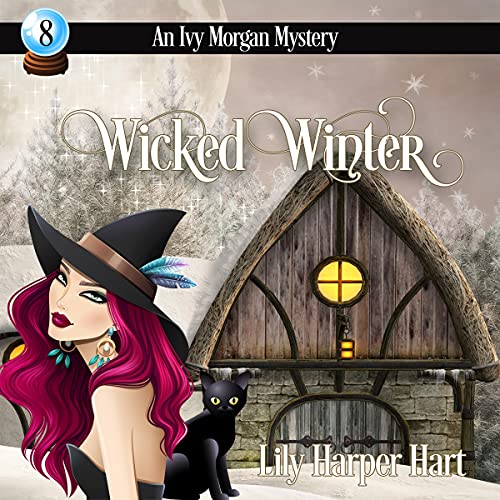 Happiness, joy, and a proposal? Merry Christmas from Shadow Lake. Jack Harker is a nervous wreck. He has big Christmas plans for his girlfriend Ivy Morgan, and they involve a ring and house renovations all at one time. First, he has to make sure they both make it through a tense holiday season, though. For Ivy, things are less clear. She knows Jack is hiding something but can't figure out exactly what. Her problems are only compounded by the fact that her parents have delayed their usual winter travel plans, her brother is a terrible liar, and she feels as if everyone is in on a secret that she can't quite grasp. Things go from bad to worse during a shopping outing when a masked robber is shot in the back by his partner and left to die in Ivy's arms. Ivy is determined to find the truth behind the man's actions, and even Jack can't talk her down when determination and desperation clash. Jack knows Ivy is incapable of letting it go so it's his job to make sure she doesn't trip over trouble she can't find her way out of. In the end, hearts and minds will collide when Ivy realizes she already knows the answer...but has to survive to share the truth. It's a race to the finish line, with Jack trying to give Ivy the best holiday gift ever and Ivy trying to overcome her own fear and let him. Christmas is the most wonderful time of the year, but it might not end with a happy holiday if Jack and Ivy can't put together the pieces of a murder in time for peace, joy...and forever.

What listeners say about Wicked Winter

Ehh. I think the story was fine but the constant whining by Ivy and her constant need for reassurance almost made me quit listening several times.

Would you be willing to try another book from Lily Harper Hart? Why or why not?

I've listened to almost every title by Harper Hart

The narrator trying to do the aunts voice was just annoying.

Was Wicked Winter worth the listening time?

If you have time to kill.

I don't seem to remember Ivy's character being so pitiful in past books, maybe in the beginning but you'd think after all this time she'd have some confidence in herself and her relationship.

Have said this for every book! The voices are atrocious. Squeaky and just not normal in any way

I started this series because it was a paranormal mystery romance theme. There was maybe not enough paranormal going on in this one but I love the characters and enjoyed the story.