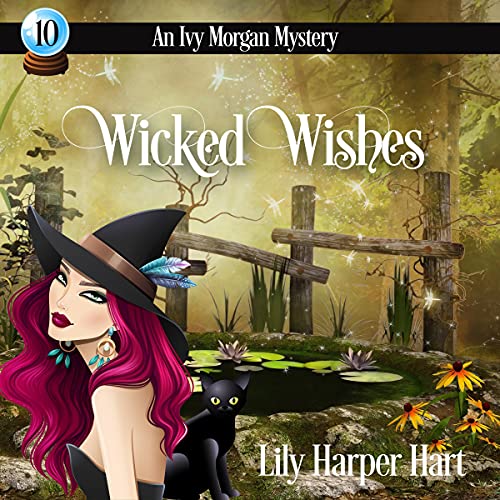 Spring has hit Shadow Lake and the residents are ready to take advantage of Michigan’s warmer weather.

For Ivy Morgan, that means deciding on the finishing touches for her basement renovation project and toiling away at her nursery to get flowers and bushes ready for the upcoming planting season.
All that changes when a shot rings out and Ivy finds a dead woman in her driveway. The woman was supposed to be there, she was Ivy’s designer, after all. Still, Ivy can’t help but wonder if the designer was the intended target. The timing seems a little too convenient.

When a woman from her fiancé Jack Harker’s past pops up in town – a woman with a shady history and murky designs on Jack – Ivy can’t help but wonder if she was the one who was supposed to die.
As Jack and his partner dig deep into the designer’s personal life, they’re left at a crossroads. If they go the wrong way with the investigation, a killer could get away with murder. If they go the right way, not everyone might live to see the outcome.

Even if Ivy wasn’t the original target, though, she’s certainly one now. A killer is stalking Shadow Lake’s favorite reluctant witch, and Ivy might not survive to solve a case that threatens to unravel the very foundations of her world.

What listeners say about Wicked Wishes

This mystery is so deep and twisted that it is not predictable I enjoyed trying to figure it out and being surprised how it actually played out. #Tagsgiving #Sweepstakes

Least happy when a new book comes out. Sweet and easy to read or listen too