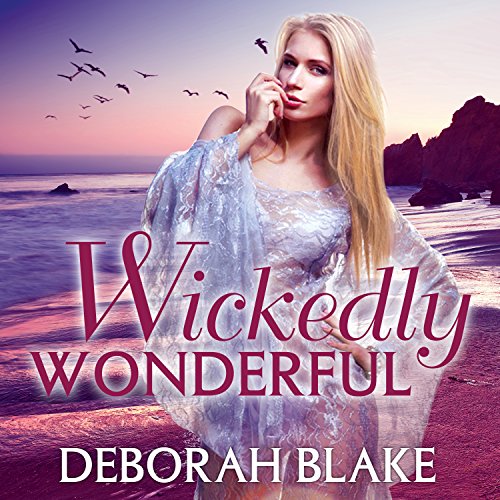 Written by: Deborah Blake
Narrated by: Romy Nordlinger
Try for $0.00

Though she looks like a typical California surfer girl, Beka Yancy is in fact a powerful yet inexperienced witch who's struggling with her duties as a Baba Yaga. Luckily she has her faithful dragon-turned-dog for moral support when she discovers that a mysterious toxin is driving the Selkie and Mer from their homes deep in the trenches of Monterey Bay.

To investigate, Beka buys her way onto the boat of Marcus Dermott, a battle-scarred former US marine, and his ailing fisherman father. While diving for clues, Beka drives Marcus crazy with her flaky New Age ideas and dazzling blue eyes. She thinks that he's rigid and cranky (and way too attractive). Meanwhile, a charming Selkie prince has plans that include Beka. Only by trusting her powers can Beka save the underwater races, pick the right man, and choose the path she'll follow for the rest of her life.

"Blake proves she is an author to watch!" ( RT Book Reviews)

What listeners say about Wickedly Wonderful

I really enjoyed this second book in this series, though I wish Beka were more confident. As the story continued I realized the reason and the point of her lack of confidence, it was necessary to advance the story line. Enjoyable nonetheless.

It was a good story overall, but I could see what was coming next from a mile away. It wasn’t something you had to pay strict attn to, iow.

This is the second book in the series and is just adorable. I noticed though that audible does not have the third book yet which has made me a bit sad. I can't wait to see the next book on audible.

I enjoy all of Deborah Blake's books. I hope the next one comes out on audible soon. Listening to her books are preferable to music in the car.

I loved the beginning and Bekka's strength but her ignorance and nativity with the villains got old really fast. Overall good but I had to push through a bit because heroine was as annoying a lot of the time.