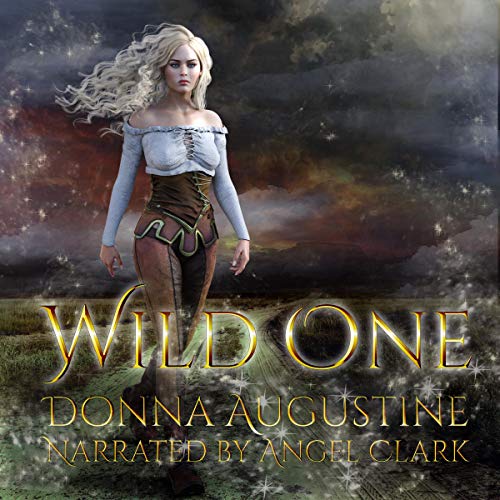 Some think seeing into the future, even if it’s death, is a gift. For me it has always been a curse. Magic rules this new world and my form of it is no blessing. Neither are the walls around me that I’ve been told are for my protection. If there is anything more cruel or vicious in the Wilds than what I’ve experienced here, I can’t imagine it. After being sold to the highest bidder, a more ruthless monster than the one who controls me is looming. My life is on the razor’s edge of disaster and about to get worse until I’m broken free, aided by one of the most unlikely allies that roams the Wilds. I’m willing to do the unthinkable and imprison another to remain free. But now my new master is hunting me and the one I’ve trapped is all that stands between me and an existence more horrific than death.

What listeners say about Wild One

As always, Donna Augustine writes another story you just can't put down, and Angel Clark brings that story to life. My favorite Author and Narrator together delivering hours of entertainment!

Some of the time it seemed like rambling but it came together really well I can’t wait to read the second book. I’d recommend this book to any who likes post apocalypse,and magic.

guessing until the last page love it.

the very beginning was kind of rough cuz you can see how graphic it was that's how well the author and traps your mind in her universe. the character development was fun and playful although the pain and the emotion we're very felt. the main character is kind of naive to what's going on around her with her own interests. but put yourself out there. I'm looking forward to the next book in the series as always the author did a great job

This is a really cool tale. The narration is executed well too. I like how the concepts of different fantasy characters are presented in this world.

Parents: this would be a rated R film. The number of Fbombs alone (I lost track after 30) could make a Marine cringe. Other curse words are present but not nearly the amount of the F word. There is some sexual content that isn’t appropriate for under 18 readers in my opinion.

Beyond all that, I really enjoyed the story itself. It was really engrossing and you get very caught up in the main characters. Looking forward to the second book for sure.


—I was given this free review copy audiobook at my request and have voluntarily left this review.

Great story to flesh out the Wilds Universe

This was a great story continuing the Wilds. A beast that has learned to transform back and forth, a young woman realizing all her magic. The hunt & war to bring safety to a people, Very exciting.

Listen to the Sample BEFORE You Buy

The narration is horrible. The character voices spoiled the story for me. Make sure you listen before you buy.

The Wilds is one of my all time favorite series and I was so happy to see her make more in that universe. I love Teddy’s spirit and that after suffering so much she refuses to break. Absolutely loved this book and Angel Clark did a great job on the narration.