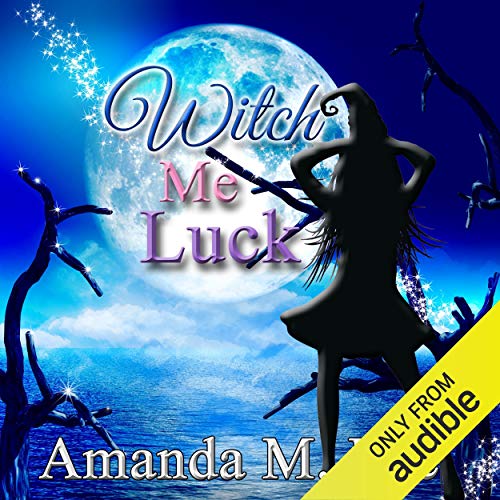 Hemlock Cove is celebrating a magical birthday, and familiar faces from different places are descending on the town to participate in the party.

Everyone is looking forward to the festivities except Bay Winchester, who would rather be hiding from her high school nemesis than chatting her up in the town square.

Lila Stevens hasn't changed since graduation, and Bay remains her favorite target. Bay would like to ignore her, but Lila isn't making it easy - especially when she sets her sights on FBI Agent Landon Michaels.

Unfortunately for Bay, she can't focus on that predicament when the Hemlock Cove Savings & Loan is held up and a local teller is shot. When suspicion falls upon Sam Cornell, the Winchesters have to gather together to prove his innocence (or guilt).

Clove is despondent, Thistle is on a revenge mission and Aunt Tillie is...well...Aunt Tillie. As usual, the Winchester witches are in an uproar.

As the clues start to fit together, Bay realizes she has to wade through a pack of lies to find the truth. With Landon by her side, and Lila nipping at her heels, Bay is going to have to find a way to survive and keep her family together.

What listeners say about Witch Me Luck

Weak women? Disappointing for this stage in the series.

Still a good listen but Landon's "protectiveness " of Bay is diminishing her character and getting tiresome to listen to. Bay started out as such a strong and capable woman that this is a disappointing development. Loved Lila finally getting some of her own back. Wish Clove would grow up and that Thistles man would grow a personality.

This was one of the most entertaining books that I have read in years. I can't wait until I can afford the next book.

you should try the whole series as I have done. You won't regret it.

Overall I enjoy this series and really enjoy the characters. However, this book felt a bit thin for my tastes. Plot line felt kinda rushed, and there was some lack in character development that we got in the last few books. Still, not a bad addition to the series.