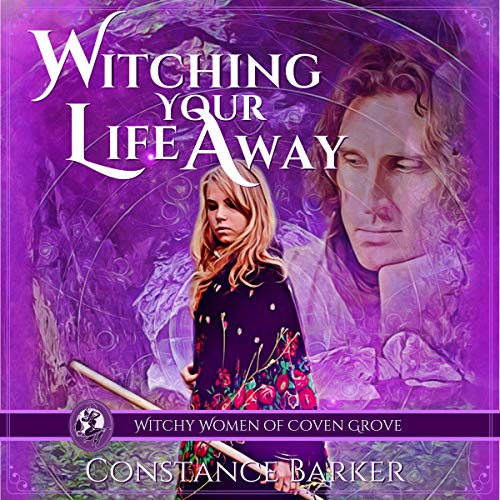 Witching Your Life Away

When several people within Coven Grove are murdered, it’s up to Bailey and her friends to stop the carnage.

Bailey thinks she’s finally getting the hang of this witch thing, until a string of murders rocks her peaceful town and sends the community into a panic. Bailey begins investigating, but as she does, she notices that the townspeople aren’t acting like themselves, compelled to act in strange ways, as if cursed. Bailey seeks to solve the case, but she’s distracted when she discovers more about her biological parents, and by Aiden’s relentless romance.

Things worsen as the coven struggles to battle against an ancient and terrible spell, and Bailey nearly loses hope. But what happens when a toddler is the only chance left for Coven Grove?

Bailey and her friends fight for their lives in the thrilling, suspenseful fifth book in the Witchy Women of Coven Grove series. The paranormal love story continues in Witching Your Life Away, another cozy mystery in Constance Barker’s magical fantasy saga.

What listeners say about Witching Your Life Away

Coven Grove, has had Murder or was it a curse the town people that live there are acting different. Amusing and enjoyed as well as the narration by Angel. Given audio for my voluntary review