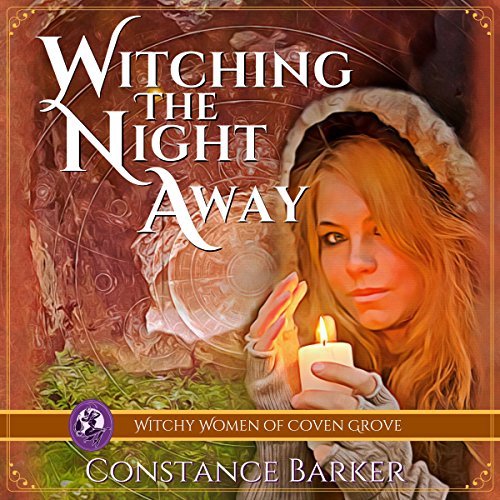 Witching the Night Away: A Cozy Mystery

When an eccentric archeologist begins exploring the markings in the Seven Caves, it's only the beginning of a host of problems for Bailey. Her friends have become distant, she's being followed by a loose cannon reporter, and then her father, Ryan, is accused of murder. Find out what happens as Bailey learns more spells from the bakery witch coven and discovers who her birth mother is.

What listeners say about Witching the Night Away: A Cozy Mystery

Great book hard to put down

Another great book from Constance Barker. This is a great series. Now on to the next.

Bailey is in the midst of trouble. A reporter wants the latest scoop. Her father is accused of murder. Listed as a cozy yet has a good plot and the narration added to the story by Clark. Have listened to others and she is always good. Given audio for my voluntary review and my honest opinion