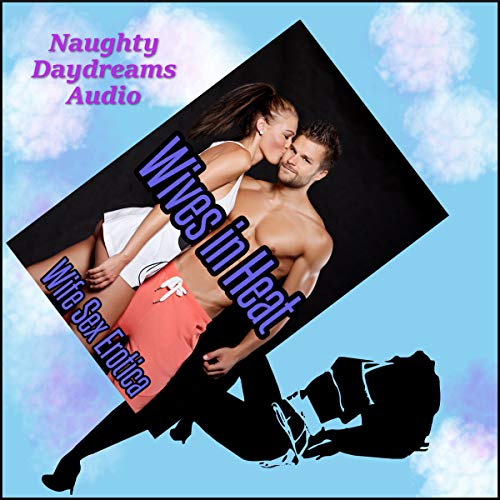 Written by: Nancy Brockton
Narrated by: Vanessa Kitchens
Try for $0.00

Her best friend and maid of honor Alice also wants her friend to stop being a slut. Those hopes are dashed when she sees her friend begin a striptease for the groomsmen - at the wedding reception!

The striptease is only the beginning, too, and all three groomsmen want a chance to feel her mouth and tongue work wonders. Looks like the groom will get to see his new hot wife get gangbanged by the groomsmen. But he is not upset for long as the maid of honor has his cock in her mouth.

I hired some exotic dancers for my husband, and things got a bit crazy, so he told me I was getting a turn. When I arrived, he actually had a video camera set up to record my reactions!

Of course, it wasn’t until later I realized he was hoping his slut wife would do more than watch. I did, too!

I had a mouth, a pussy, and an ass all ready for the four big dancers, and my husband caught it all on tape. Now, he’s got the video so he can tell everyone, “watch my wife!” That night, though, all he could say was, “F--k my wife!” and nobody needed to be told twice.

Susan and her friend Angela have known each other for years. One day, they watch a talk show with a doctor guest who claims sexually satisfied women are more confident and successful. A playful argument ensues, and before long, Susan is testing the theory with lez sex - by putting her face between her friend’s legs!

4. "Want to Watch Me Screw a Stranger?" (a wife-sharing public sex short)

“What I really want it to watch my wife. I want to see Sharon in the middle of sex with stranger bliss. I just need to find someone to bang my wife!”

Ty wants to see his wife please a stranger so badly, and it’s all he can do to hold off! The great news is that Sharon is just the kind of slut wife to make it her own priority, and Ty is going to get a bonus because Sharon is going to f--k a stranger in public while he watches!

5. "Watch My Wife on Camera" (a wife share exhibition tale)

He’d always wanted to record his wife having sex on camera. For Mike, that was the best possible fantasy he could imagine short of shouting to the world, “Watch my wife having sex!”

Chelsea is about to be introduced to Mike’s secret desire to share his wife with his best friend, and she finds out that sex is even better when someone’s holding the camera. A husband, a wife, a friend and camera sex - that’s the recipe for a great story!

Trent and Paula have always been sexually adventurous, and both of them want to bring another person into the bedroom. Still, they’re finding it hard to be both spontaneous and responsible. They don’t want things to be awkward with a friend, and neither is really sure what to do.

When Trent discovers a swingers club, they give it a shot. Things still don’t seem to be working out, though, but then they come across Patrick and Jamie, everything changes. Back at their home, Jamie experiences more than she ever has before as this slut wife gets her first lesbian sex, her first double team sex, and her very first swap experience.

What listeners say about Wives in Heat

stories engaging, narrator stimulating
I personally like narrative more as a play than as a story, in this genre.