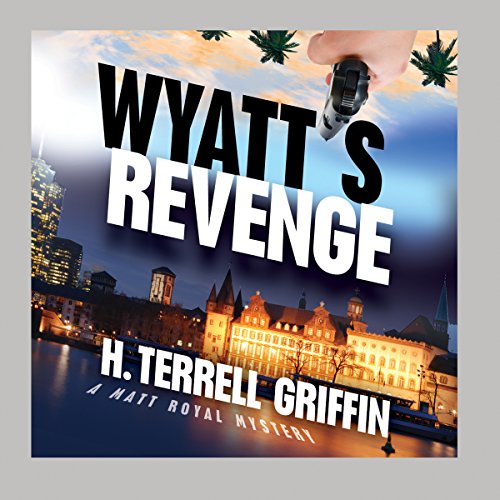 On balance, retired trial lawyer turned-beach bum Matt Royal is a pretty laid-back fellow. But when Laurence Wyatt, one of Matt's best friends, is murdered, Matt trades in his easygoing ways for a hard-hitting quest for revenge. Matt knows the Longboat Key police will do their job in investigating. But for Matt, finding Wyatt's killer isn't a job; it's personal.

Determined to do whatever it takes to solve Wyatt's murder, Matt takes matters into his own hands and embarks on a clandestine investigation. Soon, Matt finds himself in hot pursuit of a cadre of remorseless criminals and trained killers, but the tables turn and Matt becomes the pursued. Faced with mounting danger, Matt calls for backup from his buddies Jock Algren and Logan Hamilton.Matt Royal would go to the ends of the earth to exact revenge for Wyatt's murder, but will he go outside the law?

Expect the unexpected in this wild and dangerous ride from Longboat Key, Florida, to Frankfurt, Germany, because hell hath no fury like Matt Royal scorned.

What listeners say about Wyatt's Revenge

This is the 7th book that I have listened to and written brief positive reviews for in the Matt Royal series. It is an excellent action thriller. The books in the series are as follows:

Books 8. 9, and 10 are not listed as being part of the Matt Royal series by Audible, but they are. I have now written brief reviews for Books 4 through 10.

If these books were non-fiction the murder rate in Longboat Key FL, a real place, would be much higher than Detroit!

I recommend this book and the entire Matt Royal series.