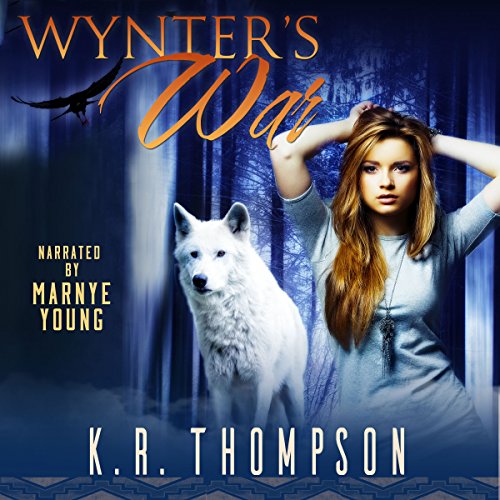 Written by: K.R. Thompson
Narrated by: Marnye Young
Try for $0.00

Magic and adventure abound in the Keeper Saga.

Nikki's nightmares are back and they are worse than ever. In a thick blanket of fog, a beautiful woman walks the Deadlands, bringing a dark, strong evil unlike anything the forest has ever seen, threatening to destroy all that the Keepers are bound to protect.

As the guardian of Wynter's book, Nikki discovers a new magic held within its pages and a power that will affect good and evil magic alike. Hoping the secret to defeating Crow Woman lies in the book's knowledge, the Keepers join forces with an unlikely ally, but will Nikki and the Keepers be strong enough to win the battle over evil - or will they be lost to it forever?

What listeners say about Wynter's War

This is one of my favorite in the series. I love the point of view from the main character.