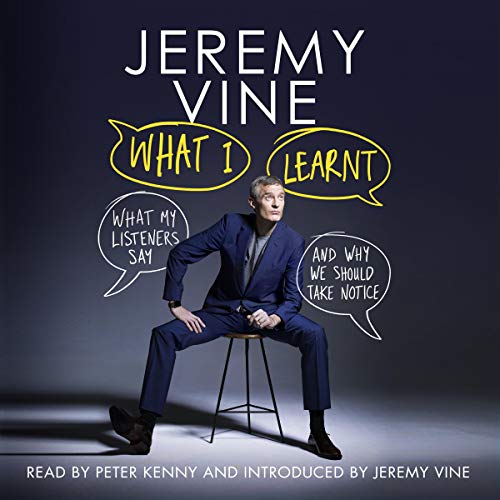 Having started on Radio 2 in January 2003, Jeremy Vine realised he was soon to take his 25,000th listener call to his lunchtime show. As the magic number approached, he decided to take stock of the wisdom his listeners have imparted over the airwaves by way of anecdotes on everything including love, life and poisonous plants.

The moment of self-reflection couldn't have come at a better time, with his doctor warning him about 'sniper's alley' - when people get taken out by all kinds of illnesses between 47 and 52.

When Jeremy's brother - the comedian Tim Vine - bought him a watch for his 50th birthday, Jeremy concluded that if the watch was bought by comedy, then perhaps every second of his life was now a joke. Which was when he decided to go on Strictly Come Dancing.

This is his hilarious memoir of lessons learnt from life, listeners and Len Goodman.